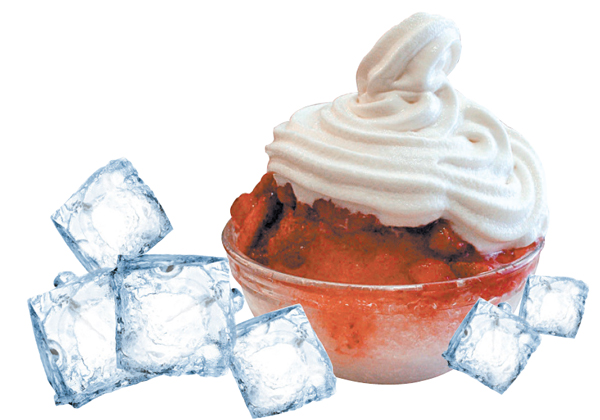 Strawberry Bingsu has been offered since 1989 at the Waffle House in Cheongpa-dong, central Seoul.

Ordering a bowl of patbingsu used to be so simple. You’d say “one patbingsu, please” and that was it.

With scores of options, however, the accompanying questions now seem endless. You must decide between milk-based and water-based ice flakes and a classic dish with boiled adzuki beans or new varieties with fruit or other toppings. And one more question was recently added to the list: cheap or expensive?

The city’s most expensive bingsu is available at Lotte Hotel Seoul for 39,000 won ($37) and the second-most expensive is the extremely popular Berry Bingsu from the Park Hyatt Seoul Hotel, located in Daechi-dong, southern Seoul. It is 38,000 won, including 10 percent tax.

Sales of Berry Bingsu have topped hundreds of millions of won in sales and prompted other five-star hotels to jump on the bandwagon of luxury bingsu.

We all know there are huge differences between food ads and real menu items. But the Berry Bingsu looked exactly the same - even like a piece of art. The combination of mint leaves, assorted berries, crushed pistachios and dark chocolate garnish surely elevates one’s expectation for the dish. 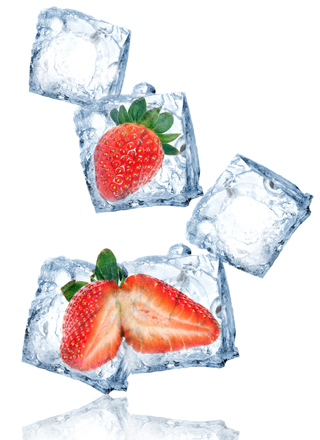 Three extra sauces - whipped cream, berry compote and dark chocolate syrup - are also prepared as sides. When they are added to the bingsu, the hotel says, the Berry Bingsu tastes as it should.

The earthenware onggi was also cool because it was refrigerated in advance.

The bingsu is suitable for two or three people with its hearty serving size, though it was a bit hard to mix altogether.

It comes with plenty of assorted berries, from blueberries and strawberries to blackberries and black currents, so that there is no worry about getting a plain bite of ice flakes at the bottom. Considering its price, however, the single cherry on top was certainly insufficient.

Even with all three types of syrup poured into the bowl, the taste of the bingsu was not overshadowed given the subtle flavor of the sides. The taste of the extra whipped cream was also subtle.

For this reason, people who are accustomed to the artificial flavor of ordinary bingsu made with all sorts of syrup and sweets may find Berry Bingsu too bland.

The balance between sour berries and smooth milk ice flakes was excellent, with dark chocolate chunks distributed throughout the smooth bingsu.

Overall, the Berry Bingsu was good, but given that it costs the same as lunch for four, it’s not something to eat every day.

On the other end of the spectrum, Strawberry Bingsu at the Waffle House in Cheongpa-dong is far cheaper. The Waffle House started its business back in 1989 in front of Sookmyung Women’s University, and its best-selling bingsu is only 5,000 won.

The simple shaved ice flakes are made with water and are quite coarse compared to milk-based varieties. Strawberries preserved in sugar are placed atop, along with soft-serve ice cream.

The ice cream isn’t exactly yogurt or vanilla but tastes like it was bought from a cheap vendor on the street. The strawberry preserves were too sweet at first, but when the ice flakes, ice cream and strawberries were mixed together, the taste was decent.

Given its price, the Waffle House is quite generous about the amount of strawberries used in a single bowl big enough for two ladies. The strawberries were abundant until the very bottom.

The balance between sweet and sour strawberries was also good.

One sure thing is that the Strawberry Bingsu was far better than bingsu offered by franchise bakeries and coffee shops, which rip you off by adding all kinds of weird ingredients, from cheese used in baking to red wine and tiramisu.

Strawberry Bingsu at the Waffle House isn’t the most luxurious, but it is a good everyday choice.