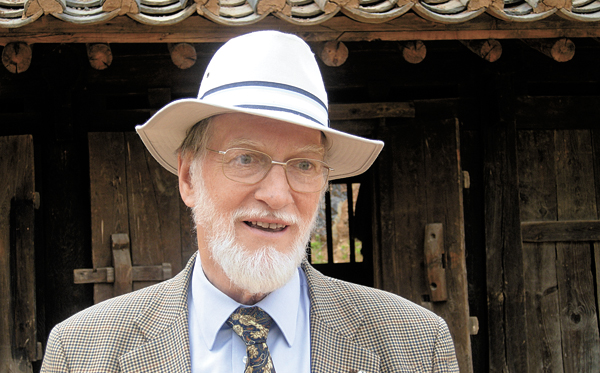 Korean studies typically gravitates towards relations between North and South Korea and the history of the two divided countries.

But James H. Grayson, Emeritus Professor of East Asian Studies at the University of Sheffield, is captivated by an aspect that diverges from the more mainstream studies: Korean religious rituals.

Having researched Korean rituals and traditional ceremonies for more than 20 years, he is now embarking on a new research project exploring the culture of Korean Protestant funerary practices in the late 19th and early 20th centuries.

The 69-year-old professor has been intrigued by the fact that Confucian practice and different motifs are infused in Christian funeral practices.

“Korean Christians are the only ones who observe remembrance worship services at church along with Confucian rituals when remembering the dead,” he said in an interview with the JoongAng Ilbo in Korean.

“This is a very unique form of death ritual,” he said.

One major stumbling block to the acceptance of Christianity in Korea was the Christian view that Confucian ancestral funerary rituals were too shamanistic.

Korean Protestant Christians had developed their own unique response by creating a Christian ritual substituting for Confucian rites.

While exploring an old hut where a bier and accessories are kept in Gyeongsan, he could discover traces of how the religions were blended.

“[A] Yoyeo is a small sedan chair where spirit tablets and other death-related items are kept and displayed during the funeral ceremony,” he said.

“Most of the ceremonial sedan chairs discovered in this traditional house are decorated with lotus flowers but one has both lotus and cross patterns, which is very unusual,” the professor said.

Grayson became interested in Korea when he came to Changwon, South Gyeongsang, in 1965 as a student.

“I did volunteer work in both Japan and South Korea during the mid-1960s when Japan was busy building the shinkansen [its high-speed railroad] and Korea still had steam locomotives. The gap between the two countries was huge,” Grayson recalled in a previous interview with the JoongAng Ilbo.

Grayson returned to Korea as a missionary in 1973. He stayed in Daegu until 1980, teaching religion at Kyungpook National University and Keimyung University.

It was during that time that he became fascinated with Korean culture.

In addition to the teaching and research roles, he also raises awareness of preserving traditional cultural heritage.