Layout designs provide look at the magic of animation

Layout designs provide look at the magic of animation 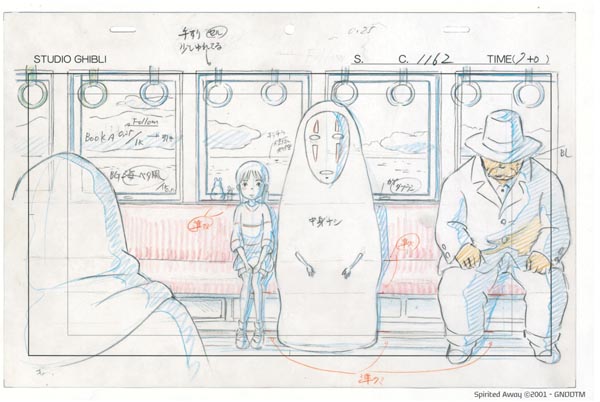 the layout sketches for “Spirited Away”(2001), part of the “Studio Ghibli Layout Design Exhibition” at Seoul Arts Center. Provided by the sponsor Hyundai Card

Visitors to the Seoul Arts Center in southern Seoul can now go behind the scenes of famous animated films from Japan’s Studio Ghibli.

The “Studio Ghibli Layout Designs” exhibition, as part of Hyundai Card’s culture project, presents about 1,300 pieces of layout drawings, which are blueprints for the composition of each scene’s image in animated films.

The layouts are displayed based on the chronological order of the animation, starting from “Nausicaa of the Valley of the Wind” (1984) to “From Up on Poppy Hill” (2011).

Monitors are installed side-by-side with the sketches to show how the unfinished rough drawings are transformed into the final product of moving images.

The exhibit sparks the audience’s imagination by replicating scenes, settings and moods from the films. There is a life-size drawing of Totoro, a well-known character from Japanese animation, drawn on a column inside the exhibition hall which greets guests, while the “Spirited Away” section ends with Yubaba’s famous room.

“The exhibition display in Korea is upgraded from the one in Japan,” laughed Miyoshi Kan, curator of the Studio Ghibli.

“It is perhaps because the exhibition in Seoul is the first international debut of this collection.” 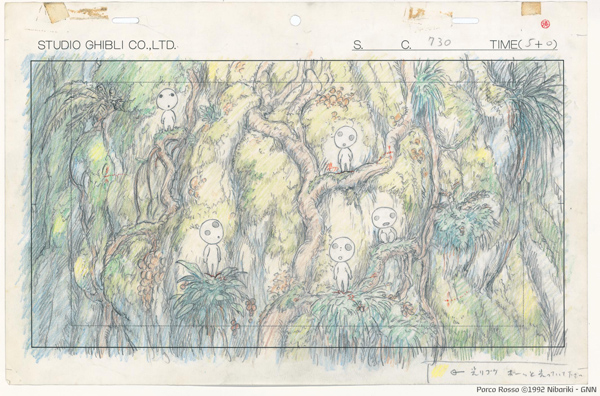 the layout sketches for “Princess Mononoke”(1997),part of the “Studio Ghibli Layout Design Exhibition” at Seoul Arts Center. Provided by the sponsor Hyundai Card


“Layout is a key point in animation production,” said Isao Takahata, co-founder of Studio Ghibli and the first person to use a layout system in 1974.

Layout is a series of illustrations of scenes that are composed during continuity. It allows directors to give orders on camera work, the relation of characters to each other, background, props and other details in the form of sketches of the scene and side comments.

This exhibit displays the original layouts drawn and used by Director Hayao Miyazaki, the head of Studio Ghibli and a respected animator worldwide. The rough sketches are stationary, but the realism pursued by Hayao breathes life into the drawings.

The displayed layouts are less than one-third of the actual amount used during production. 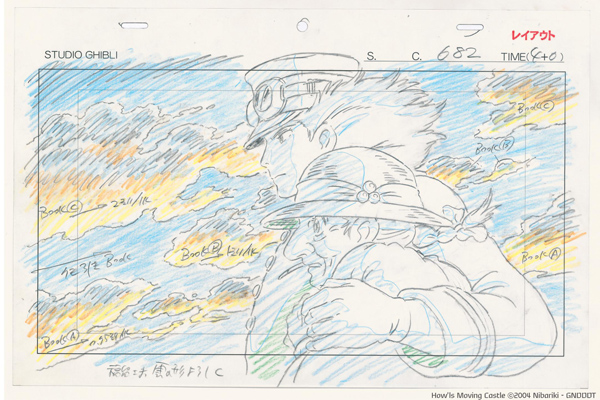 The sheer number of sketches reflects the complexity of production, as every detail in the background has to be hand-drawn. It requires even more depth of detail when the camera work gets dynamic.

“The drawings contain the lively passion and craftsmanship of the director and the animators,” explains the blog of the Hyundai Card Culture Project.

Studio Ghibli earned its success and popularity through production of wondrous animation that has been internationally recognized by both fans and at film awards. Some of the familiar titles are “Spirited Away,” “Howl’s Moving Castle” and “Ponyo.” The original drawings of these familiar titles will be available at Hangaram Design Museum at Seoul Arts Center.

Go to Nambu Bus Terminal Station, line No. 3, exit 5 and walk for 10 minutes.