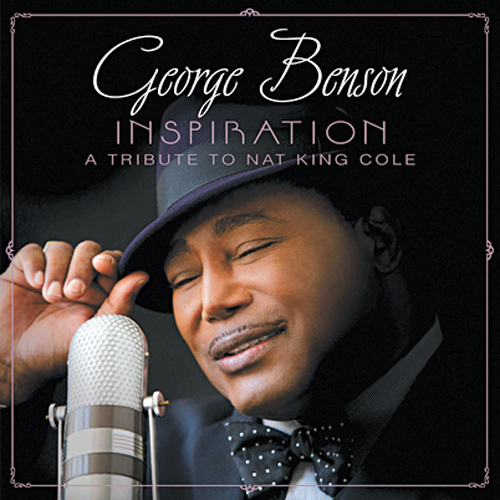 Just how much Nat King Cole inspired George Benson is evident on the opening track of “Inspiration: A Tribute To Nat King Cole” - a 1951 recording of an 8-year-old Benson singing “Mona Lisa,” accompanying himself on ukulele.

Like Cole, Benson first established himself as a highly regarded jazz instrumentalist before enjoying crossover pop stardom once he began singing.

Benson shows off his jazz vocal chops with some scat singing on a fast-paced, brassy big band version of “Just One Of Those Things” and a Latin-flavored arrangement of “Unforgettable,” with Wynton Marsalis contributing a smooth trumpet solo.

He harmonizes beautifully with Broadway leading lady Idina Menzel on “When I Fall In Love” and rising star Judith Hill, recently eliminated from “The Voice,” on “Too Young.” Other highlights include a bluesy “Route 66” and a retro-style “Straighten Up and Fly Right,” with a hard-driving guitar solo - both done in a small combo setting. But Benson misses an opportunity to put his distinctive stamp on the Cole repertoire by letting his guitar take a backseat to his voice.