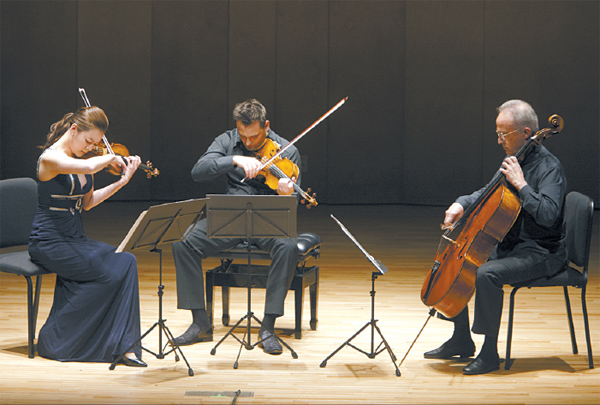 World-renowned musicians from northern Europe will be coming to the mountainous city of Pyeongchang next month to perform and teach during the 10th Great Mountains International Music Festival & School.

The festival, which was started 10 years ago by Kang Hyo, a violinist and professor at Yale University, was handed over to two sisters - cellist Chung Myung-wha and violinist Chung Kyung-wha - in 2011. Since 2010, the festival has been held at the Alpensia Resort in Pyeongchang, now the site for 2018 Winter Olympics.

For three weeks, the festival brings in classical music aficionados every summer with concerts from world-renowned musicians. It also acts as a platform for students to meet up with their admired teachers as they reside at the venue together.

“I visited Finland in April and I instantly felt like I was in Daegwallyeong - the great mountains. And I thought this would be a great theme for this year’s festival as well as adding diversity to the 10-year-old music festival and school,” said Chung Myung-wha.

The festival will kick off with a performance by the St. Michel Strings from Finland under the baton of Makila on July 25. Other performances include cellist Garry Hoffman on July 31 as well as Chung Kyung-wha’s performance on the same day. School starts earlier from July 14.

Last year, the two sisters established the Music Tent, an outdoor venue within the Alpensia Resort to offer outdoor concerts and a chance for those who didn’t purchase tickets to watch simulcasts of performances for free.

The artistic directors especially focus on the educational aspect as a major objective of the festival. For the past 10 years, the event has been producing “outstanding Korean musicians,” according to organizers.

“As a young music student, I remember attending a summer music camp in the U.S. with my sister. It was such a great time that I still remember it vividly. Just the memory of bumping into great musicians at a cafeteria or on my way to a class was a big honor,” said Chung Myung-wha. “I want Korean students to experience that feeling and take advantage of the opportunities to learn from world-renowned teachers from abroad in their own homeland.”