Britain’s Robson rallies to reach fourth round at Wimbledon

Britain’s Robson rallies to reach fourth round at Wimbledon 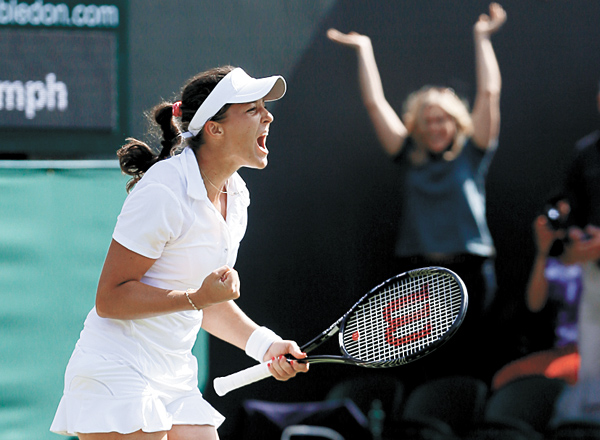 LONDON - Still only 19, Laura Robson is busy accumulating a list of accomplishments that include the words “first British woman since.”

And she’s assured of becoming the first British woman since 1987 to climb into the top 30 in the WTA rankings.

Robson, a lefty with a fairly big serve who beat Kim Clijsters in the final match of the four-time major champion’s career, is nonplussed by it all.

“I didn’t even know about it until you tell me,” Robson said when asked about the significance of some of her milestones. “I just focus on, you know, playing my match, things like that. Things that actually matter.”

Needless to say, the attention paid to her by the locals is increasing: Photos of her were all over the front pages of Saturday’s newspapers, and she was thrilled with the vocal support she heard on Court 2 against Erakovic.

“I don’t think they had much to support in the first set,” Robson joked, “but they were amazing. I thought they helped a lot.”