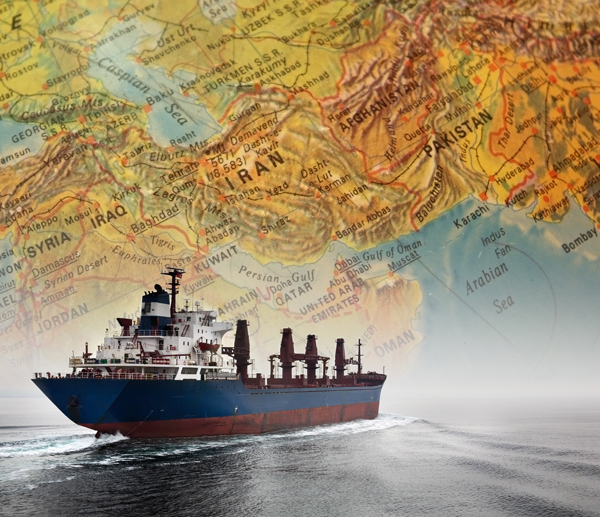 Enhanced economic sanctions against Iran by the United States that took effect yesterday are a direct hit on small Korean exporters that sell automobile parts and steel products, and carry wider implications for the economy as a whole.

Since the prohibited items include flagship products like auto parts, refined fuel and ships, both industry and government are on high alert to minimize the impact on a national economy heavily reliant on exports.

The renewed sanctions will prohibit exports of such products even if the contract was signed before yesterday, according to Nam Ki-man, director general for trade policy at the Ministry of Trade, Industry and Energy.

There were 1,168 small exporters selling to Iran as of April, according to data from the Ministry of Strategy and Finance. That was a significant drop from 2,286 last year.

“For the past three years, we have seen 50 percent falls in sales every year due to the U.S. sanctions on Iran,” Oh said. “Not only my company, but also our Iranian partners are having a hard time.”

Ever since the U.S. first imposed sanctions against Iran in 2010, Korean exporters have been required to receive approval from the government and Bank of Korea when they sign trade contracts involving Iran.

“The procedure to report to the government and bank is very complicated and takes a long time,” Oh added.

Yet no matter how complex it can be to sell to Iran, companies can’t afford to give up.

“For small exporters, it is very hard to withdraw from a market because we have spent much time and money to get into the market,” said an owner of an auto parts maker. “Iran has the most developed manufacturing industry among Middle Eastern countries, so it is even harder to get out of the market.”

Companies complain that the U.S. sanctions are ambiguous.

“The U.S. rule says we can’t export processed products, but there is no specific definition,” Oh said. “Since we are exporting unfinished products, do we fall into the category or not?”

The Korean government echoes that stance. “The U.S. government hasn’t provided specific rules, saying different rules can be applied case by case,” said an official at the Trade Ministry.

Exports to Iran currently account for about 1 percent of Korea’s total, but the Iranian market is seen as important for expansion into the Middle East.

Due to sanctions, Korea’s exports to Iran have been on the wane since 2010.

In 2010, the United States declared it would suspend financial transactions with any country that buys crude oil from Iran. Korea was granted a 180-day waiver on June 6. It was exempted twice last year.

“There has been a serious imbalance in trade between Korea and Middle Eastern countries,” said Ju Won, a senior research fellow at Hyundai Research Institute. “As long as we import oil from those countries, the imbalance will get worse. Exports to both advanced and emerging markets have been sluggish recently, therefore we need to look for new opportunities in a new market like the Middle East.”

Since consumers in the Middle East are gaining purchasing power, Korean companies could expect high profits in the consumer goods market there, he explained.

Meanwhile, the Trade Ministry yesterday announced that exports in the first half of the year rose 0.6 percent to $276.7 billion compared to the same period last year, while imports dropped 2.6 percent to $257.1 billion, resulting in a $19.6 billion surplus, up from $10.6 billion a year earlier.

Since the country had seen average annual export growth rates of 10 percent in the years leading up to 2008, a 0.6 percent increase is considered sluggish.

Middle East trade posted a $38 billion deficit as of May, contributing to the anemic growth in exports.

Because a major goal of the Park Geun-hye government is to support small exporters, related agencies are taking action as swiftly as possible.

In order to help stave off liquidity crunches at companies that took out loans from state-run institutions, the government will extend the term of repayment by one year.

The Korea Trade Insurance Corporation will offer credit guarantees for an extended period, even if some companies aren’t eligible for the extension due to declining sales or other financial consideration.

The Korea Trade-Investment Promotion Agency is going to hold a public hearing July 16 to listen to complaints of local exporters and provide support. The agency plans to suggest those companies find alternative markets like Saudi Arabia, Libya, Iraq, the United Arab Emirates and Myanmar.