What a data deal ­

What a data deal ­ 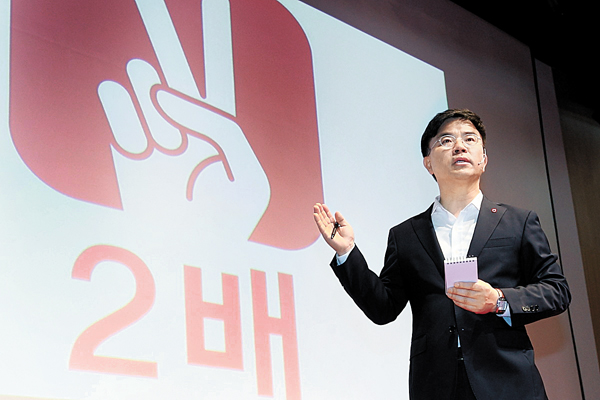 Pyo Hyun-myung, president of KT’s Telecom & Convergence Division, talks at a press conference yesterday at company headquarters in central Seoul. The company announced it would double the data volume for subscribers paying base monthly fees of 35,000 won ($31) or more. Beneficiaries of the new promotion are expected to total more than 10 million and a user can get a discount of up to 35,000 won, according to the second-largest mobile carrier. Provided by the company