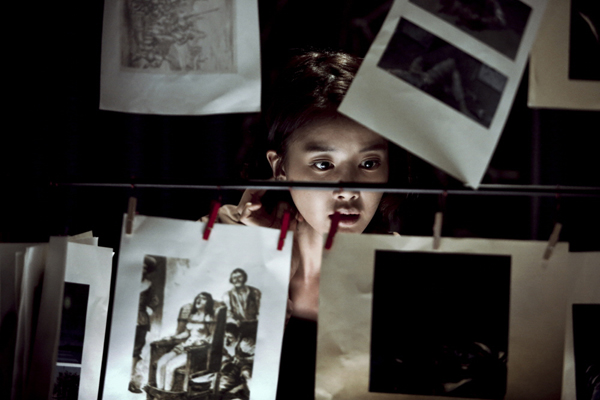 Lee said she found it easy to play the character of Jiyoon in “Killer Toon” because her voice is low-pitched.Provided by CJ Entertainment

It’s a cutthroat world out there in show biz. And everyone knows, a pretty face just won’t cut it anymore, especially if you’re on the wrong side of 30. That’s why you add a jab, a hook and try and venture out from the mold now and then. And this is especially so if you are a late bloomer like Lee Si-young. Having made her debut five years ago, it’s only lately that the 31-year-old has risen to the spotlight after becoming a professional boxer and winning the national championship. Riding on her newfound fame, Lee is trying something new on the big screen: the first major role away from the romantic-comedy genre that she’s been getting comfortable in. And it seems to be a change for the better. In just one weekend, her new horror film, “Killer Toon,” exceeded 400,000 views and was the No.1 Korean film. The film marks the third time that the 400,000 mark has been reached in the homemade horror genre since “A Tale of Two Sisters” in 2003 and “Death Bell” in 2008. Just before the weekend, Lee talked films, boxing and her career.

Q. What attracted you to “Killer Toon?”

A. I like the Web toon component in the movie. The graphics, they are almost like a character in the film. In a sense I relied a lot on the computer graphics.

You said that playing a character in a horror film suited you well. Are you like the character Jiyoon in real life?

I’m not at all like the character. I’m a bright person. But I do have a low-pitched tone [of voice], which was great for a horror film. And because of that I found it easy to play the character, at least vocally. When I film a rom-com, I have to speak in a higher pitch.

What do you think about Jiyoon?

She’s a pitiable character. I felt sorry for her from start to end. She’s defensive and tries hard to protect herself. And the fact that she erases memories from the past, because of the pain, she’s forgotten it. She just believes that her talent got her that far as a Web toon writer. That’s what’s so tragic about her; she can’t even remember how she got by.

Especially when toward the end she gets what she wants - she sees dead people - but the sad thing is she is actually happy. She thinks she won.

Does the film signal the end of rom-com for you? 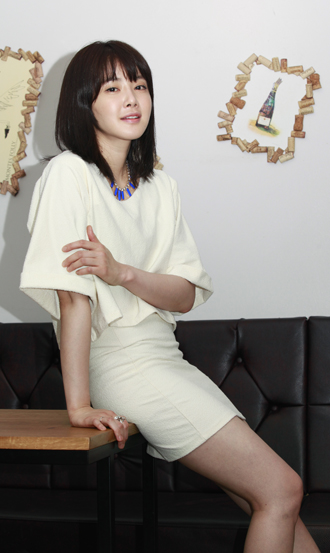 Actress Lee Si-young’s new film, “Killer Toon,” was the No. 1 Korean movie over the weekend. By Park Sang-moon

That’s absurd. No actor would ever say no a certain genre. I’m a big fan of rom-coms and because that’s the only thing I’ve been doing up until now, I did want to try something different; then, by luck I came across “Killer Toon.” Of course, the next time I’m presented with a good script I’ll take up the offer despite the genre. I think I’m attracted to characters more.

You are a boxer, too. Why not take on an action film rather than a horror film?

If I’m presented with an offer, it’d be nice to take on an action film. I don’t have a preferred genre. I decide to take a part if I like the character. I’m not sure how other actors decide on a project, but that’s the way I do it.

Then what kind of characters do you find yourself drawn to?

Is there such a thing as a preferred character? If there is, I haven’t decided on it. I guess if I come across a character I can emphasize with, I’d be drawn to her.

There are supernatural elements to the film. Did you find yourself getting spooked at all?

Your TV debut was somewhat late [mid-20s]. Why did you wait so long to break into acting?

It wasn’t by choice, it just didn’t work out for me earlier. From a young age I prepared to be an actor. Looking back, I think you need a lot of factors to line up to break into the industry. Now I can see that I wasn’t ready at all.