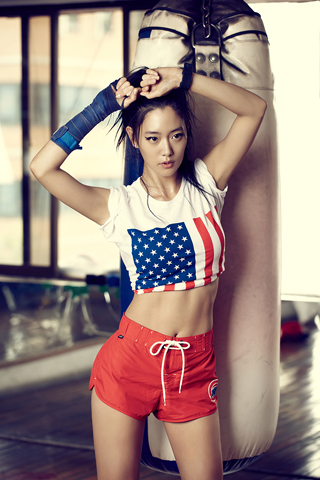 TV personality Clara has recently spent hectic yet joyous days busy with things to do. She attended an award ceremony at Men’s Health Cool Guy Competition at Conrad Seoul Hotel, in Yeouido, central Seoul on June 28. On July 1, she unveiled one photo from her photo shoot titled “Body project”. She is also set to become the face of “The Kingdom of the Winds,” a game produced by Nexon, on July 1. Currently she is playing the role of a news anchor who graduated from Harvard University in “Goddess of Marriage,” SBS weekend drama. 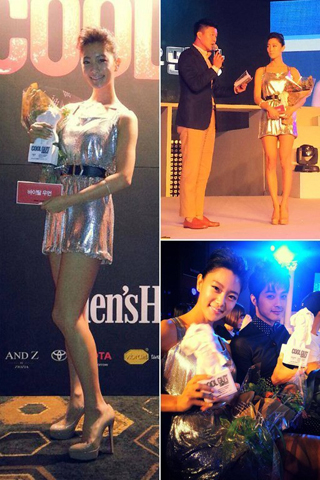 Clara posted pictures of herself on her Facebook displaying her prize “Vital Women” awarded from Men’s Health Cool Guy Competition. Left: She flaunts her award, baring her shapely legs in a silver shiny mini-dress. Above, right: Clara is being questioned by MC Hong Rok-gi. Below, right: Clara grins for the camera. 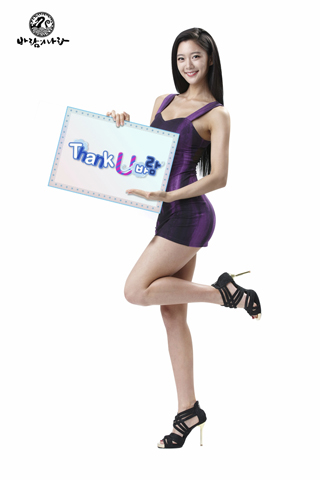 Clara points to a board that reads “Thank you, wind,” in a tight purple dress as the new face of Nexon’s online game, “The Kingdom of the Winds.”