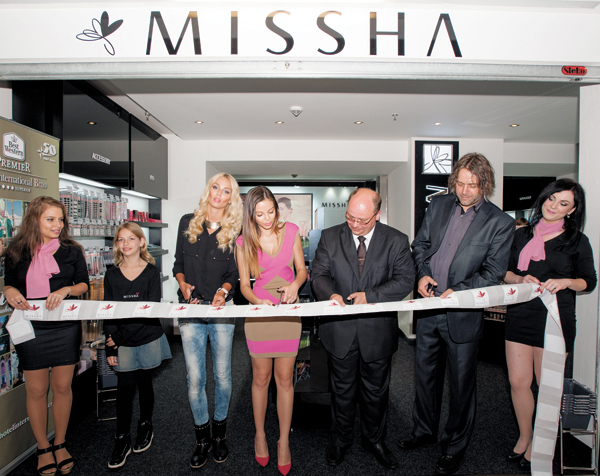 The opening of the Missha store in Brno last Tuesday. Provided by the company

Able C&C, which operates the cosmetics brand Missha, the nation’s No.1 low-priced cosmetics brand, said yesterday it opened a Missha store in Brno, Czech Republic, last Tuesday, the first of its kind in Europe.

In Korea, low-priced cosmetics brands such as Missha, The Face Shop, Innisfree and Etude House have been popular among both local and foreign consumers.

Although the Czech Republic is an untapped market for Korean companies except for a few big corporations, the potential growth of the beauty industry is increasing as Czechs interest in health and appearance rises with economic development.

“By accelerating the European market penetration, Missha will strengthen its position as a global beauty brand.”

Brno, the second-largest city in the Czech Republic, is located approximately 180 kilometers (111.8 miles) southeast from the Czech capital of Prague. It is famous as cultural center with many medieval monuments.

Missha currently operates 1,100 stores in 22 nations including China and Japan, with the start of opening an overseas branch in Sydney in 2004. It has 10 stores in Russia.

With the news of Missha’s expansion into Europe, stocks of ABLE C&C rose by 5.06 percent compared to the previous day.