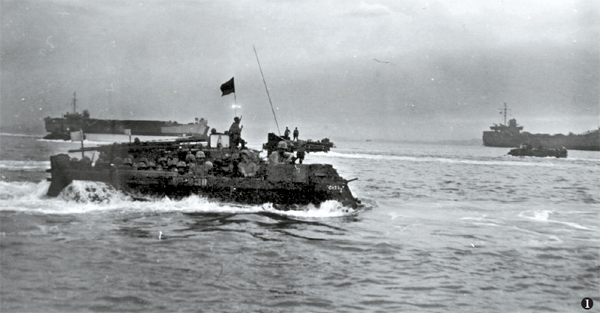 At dawn on Sept. 15, 1950, the largest amphibious operation landing since World War II started on the coast of Incheon. A total of 261 naval ships were mobilized, including the Korean Navy’s 15 ships, and some 70,000 soldiers from the U.S.-led coalition forces and South Korean Army.

U.S. Gen. Douglas MacArthur orchestrated the decisive landing amid many misgivings since Incheon’s coastline was considered extremely unfavorable terrain. With the surprise attack, UN troops turned the tide of the war. On Sep. 28, the multinational forces recaptured Seoul.

The landing at Incheon was planned at an early phase of the war by MacArthur. About two weeks after the war started, the general came up with a strategy to besiege the North Korean Army by landing right behind their position. Incheon emerged as the best spot for the landing. 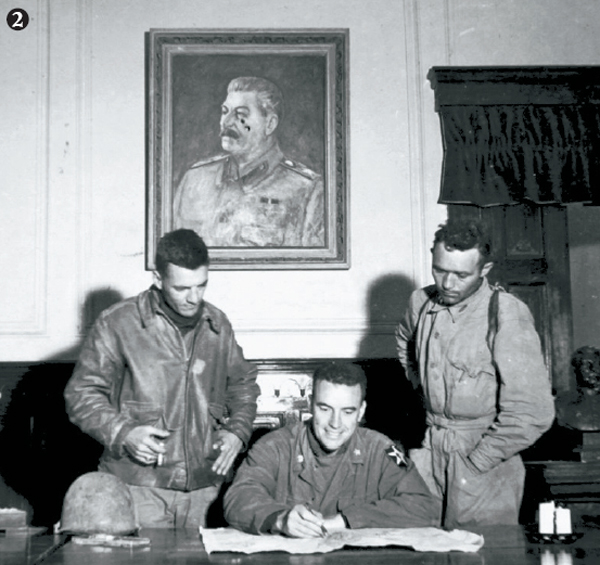 China came to know of the impending operation and sent urgent warnings to North Korean leader Kim Il Sung to mobilize forces around the targeted city from the front near the Nakdong River around the southeastern city of Daegu. But Kim wasn’t able to move his forces up to Incheon.

The landing operation resulted in a huge victory for the allied forces. But it took nearly two weeks for them to enter and recapture the capital along the 32 kilometer (19.2 mile) Seoul-Incheon road. Over that period, the North Korean Army reorganized its forces for what was to become a fierce resistance against the allied forces coming into the capital.

The U.S. Marines and Army’s 7th Division surrounded Seoul and began their attacks from Gimpo, Anyang and Suwon in Gyeonggi. After four days of fighting, the Allied Forces took control of Seoul’s General Government Building at 3:08 p.m. on Sept. 27.

The North Korean military withdrew all its forces from the capital during the night of Sept. 27. Recapturing Seoul worked to raise morale militarily and politically for both the U.S. and South Korean governments.

3. Men of the 5th Regiment, 1st Marine Division, advance through Incheon on their way to the front on Sept. 16, 1950. 4. Failing to find her brother after looking at 482 corpses, Mrs. Moon In-duk, a resident of Hamhung, South Hamgyong Province in North Korea, sinks to the ground in despair on Nov. 13, 1950. The 482 casualties were beaten and then thrown into the Kuksan nickel mine to die by retreating North Korean communists.

With the recapturing of Seoul, the UN was left with the decision as to whether or not to continue the fight by heading beyond the 38th parallel, which could provoke China to intervene in the conflict on Pyongyang’s side.

On Oct. 19, 1950, 250,000 Chinese soldiers flooded onto the peninsula to help Kim’s struggling army. The coalition forces lost Seoul again to the communists on Jan. 4, 1951 but retook it on March 14. The war was to continue over two more years.

After the three-year war, the Korean Peninsula emerged as a vital strategic place for the Soviet Union and the U.S. to test which political, social and economic system would prevail.


*Ko Ji-hoon, a researcher at the National Institute of Korean History, contributed to this article.