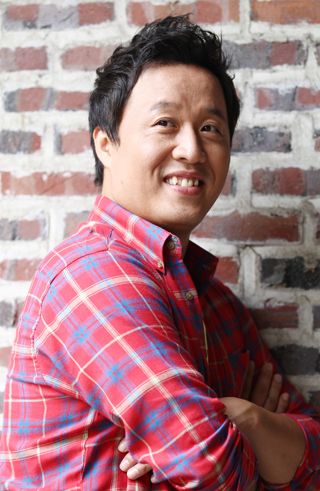 Comedian Jung Jun-ha of the MBC entertainment show “Infinite Challenge”?updated his fans on Twitter on Monday night about his condition and plans after having neck surgery.

“It has been 10 days since I was hospitalized on June 24. My slipped disk in the neck got worse unexpectedly, so I had to go through an operation under general anesthesia to remove the disk on June 28.”

Jun wrote, “It was a painful time during the last days, but looking back, I think it was the best decision I could make with the medical staff.”

Jung’s agency announced on June 26 that Jung was hospitalized after being hit by a puppet’s mask that flew his way and injured his neck during the performance of the musical “Spamalot.” He is being treated at the Seoul Medical Center.

Jung, 42, also wrote about his willingness to resume his work after leaving the hospital, “In fact, my body is not in good condition and needs more medical treatment in the hospital, but I feel uncomfortable lying here, with all the schedules I’m missing now. So I’m going to get back to work with my neck brace on. I hope you would understand, because I feel like it would be too late to meet you unless I go with the brace on.”

Jung said he will attend the recording of “SS Road,” “Infinite Challenge” and others. “I will make more effort to always look healthy,” he said, “I am really thankful for you. Be happy and healthy! I will pull out all the stops to make you laugh! Love you!”