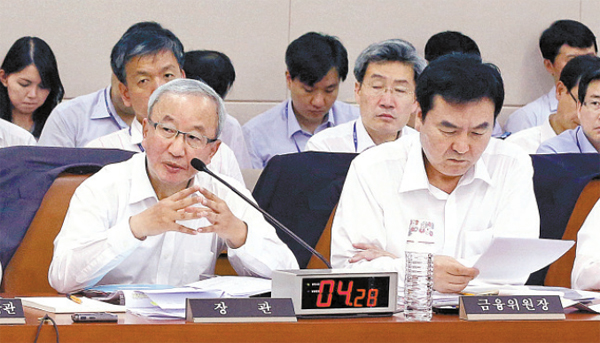 However, they added that the 960 trillion won ($839 billion) debt is not at a critical tipping point that could severely disrupt financial markets.

As of March 31, debt stood at 961.6 trillion won. Although this is a slight dip from the record of 963.8 trillion won posted in the fourth quarter last year, experts say that at the current pace, even with banks more conservative in their lending, household debt will easily surpass 1,000 trillion won in the near future.

Furthermore, the household debt to GDP ratio stood at 89.5 percent as of late 2011; the OECD average is 76 percent. Korea ranked 10th among the 28 member countries. 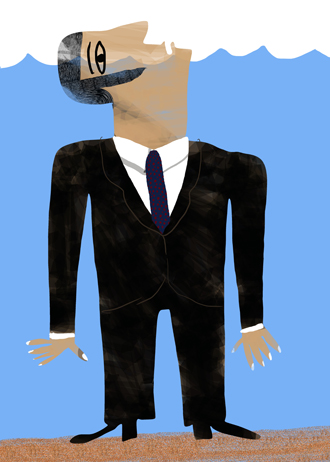 At ordinary households, the debt to disposable income ratio was 136 percent.

The government says there is low risk of current debt growth triggering a financial crisis.

Korea has had two debt-triggered financial crises in the past. From 1995 to 1997, household debt soared 22 percent annually, making the economy even more vulnerable during the 1997-98 Asian financial crisis.

From 2000 through 2002, household debt again surged 27 percent each year due to falling income and increasing credit card use.

“The current growth in household debt is not at a serious level, although we consider the matter a serious issue,” said Finance Minister Hyun at the hearing yesterday.? The Ministry of Finance’s report showed the country’s top earners account for 71 percent of the total debt.

But the government officials acknowledged the risk.

The finance minister pointed out the impact debt could have on domestic economic growth.

Although 71 percent of debt was by high-income earners, they have cut back on spending recently.

According to major department stores, consumers in the top 20 percent income level cut reduced their spending 0.9 percent month-on-month in April.

The government also expressed concern about low-income households and senior citizens, whose debt-to-disposable income ratio hovers at about 180 percent.

As of March, households in the bottom 20 percent income bracket hit a debt-to-income ration of 184 percent, higher than any other group.?

According to data from the Financial Services Commission, an estimated 3.22 million debtors have loans from multiple institutions, while the so-called “house poor,” those unable to pay their mortgages, number about 98,000.

As low-income people increasingly chose nonbanking financial institutions for easier credit, the growth in those loans outpaced that of loans by commercial banks in recent years.?

The proportion of higher-interest loans issued by nonbanking financial companies rose from 29 percent in 2006 to 34 percent as of March 31.

“For low-income families, the government needs to help write off their debt and enhance social safety nets, especially in the education sector,” Hyun said. “The government has raised the total amount of national scholarships to 1.03 trillion won this year and will come up with a plan to halve college tuitions.”?

As for the looming end of U.S. quantitative easing and possibly higher interest rates in the local market, the deputy prime minister said those with adjustable interest rate loans can save money by switching to loans with fixed rates.

“There should be a contingency plan to deal with soured loans en masse in case of delayed economic recovery and falls in housing prices,” he said.

“Since a significant number of low-income households are not able to repay their debt, the government is trying to write off part of their debt,” Shin said. “The FSC will come up with a plan to improve the microfinance industry and is considering conducting a comprehensive investigation into debt amounts of those in the bottom 20 percent income bracket.”