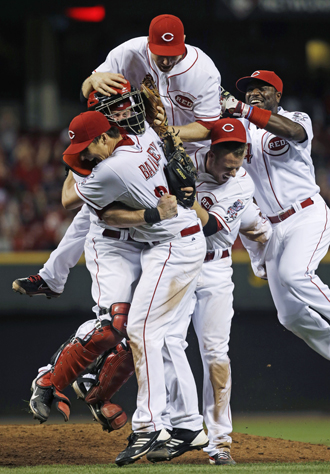 Cincinnati Reds pitcher Homer Bailey, front, is mobbed by his teammates after throwing a no-hitter against the San Francisco Giants on Tuesday in Cincinnati. Bailey, wearing No. 34 like his idol, Nolan Ryan, threw his second no-hitter in 10 months to beat the Giants, 3-0. He is the third Reds pitcher with more than one no-hitter. [AP/NEWSIS]