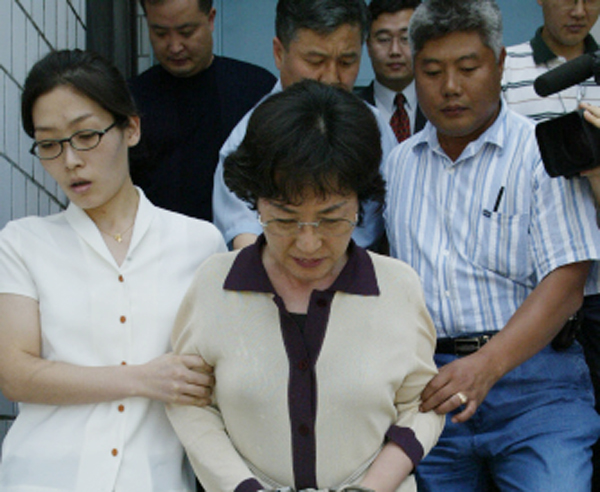 In the 1972 American film “The Godfather,” Robert Duvall’s character Tom Hagen is the family lawyer and consigliere, or counselor. He is an informally adopted son of patriarch Don Vito Corleone (Marlon Brando). While he takes care of all the family business, he does not get to be involved in the decision making process because he is not a member of the family by blood.

Some time ago, the consigliere also appeared in a popular Korean drama, and now, the role is almost indispensable in a story about a super-rich family. He is involved in power struggles, tax evasion and even a hit-and-run. Of course, there’s a bit of discrepancy from reality. Lawyers say TV dramas often depict the job as a dirty one. But there must be a reason why writers and viewers have a certain negative image of the profession.

Recently, a murder-for-hire case targeting a college student became a hot issue online. In 2002, Ms. Yun, wife of a mid-sized enterprise owner, was sentenced to life in prison for hiring a contract killer to murder Ha Ji-hye, then a student at Ewha Womans University. Online social networks began to light up with furious comments after it was reported that Yun had been approved a stay of execution of the sentence nine times since 2007, spending time in a luxury hospital room. Netizens raged that once again “money is almighty,” and that Lady Justice held cash, not a balance scales.

How could this be possible? Didn’t the hospital and the prosecution review her petition? There are more than a few questionable parts. The doctor, who issued the medical certificate, is under investigation by prosecutors. In an e-mail to his colleagues, he wrote, “It is clear that the stay of execution of sentence was not determined solely based on my medical certificate. The legal decision is made by the court and the prosecution.”

The doctor’s diagnosis alone does not help understand this mystery. Then how did Yun get to spend four years outside prison walls? The focus of suspicion is moving on to the legal teams involved. According to SBS’s investigative program “That’s What We Want to Know,” Yun’s attorneys who applied for the stay of execution of sentence were classmates of the prosecutor in charge of the case during high school, college or the Judicial Research and Training Institute.

The biggest problem of the stay of execution of sentence - often criticized as a “legal jailbreak” - is that the decision-making process remains under a veil. While a review committee system involving outside figures was introduced in 2010, such a meeting never convened on Yun’s case. The doctor, lawyers and prosecutor are passing the responsibility of having overlooked the jailbreak of the rich criminal to one another.

While the prosecution plans to reinforce the review committee procedure, not much will change unless the identities of the applicants for the stay of execution of sentence and the decision-making process are made public. American lawyer and author of “Spinning the Law: Trying Cases in the Court of Public Opinion” Kendall Coffey states that “justice in the shadows” promotes suspicion in the public mind, and emphasized the importance of “open justice.”

Up until now, ambiguous legal procedures have provided legal professionals significant room for arbitrary decision. The outcome is a reality where money can buy justice. This fuzzy part can be found in other areas of the legal procedure as well, such as a stay of execution of arrests, bailouts, paroles, commutations and pardons. The fury against Yun should spur efforts to enhance transparency in the legal process. That would be a step forward towards a world that Ha Ji-hye - a law student who aspired to be a public defender - had dreamed of.

In “Godfather,” Michael Corleone, played by Al Pacino, tells a traitor, “Only don’t tell me that you’re innocent. Because it insults my intelligence, and it makes me very angry.” The people and organizations involved in the approval of Yun’s stay of execution of sentence feign innocence and hide behind a rhetoric of formality. If they in fact didn’t strike a corrupt deal, then they are admitting their own incompetency. Unless they offer sincere apologies and repent, our intelligence will continue to be insulted.