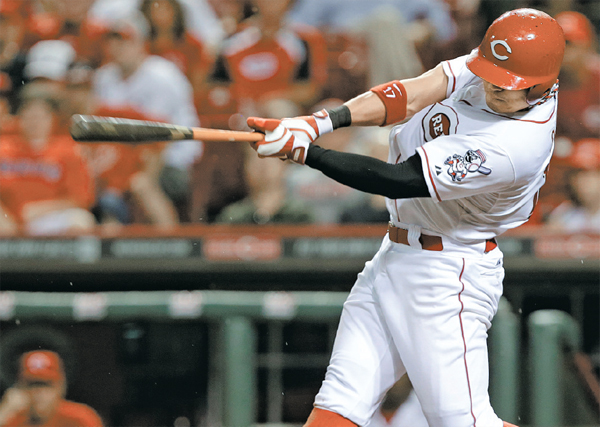 Cincinnati Reds’ Choo Shin-soo hits a single off San Francisco Giants relief pitcher Javier Lopez to drive in the winning run in the 11th inning of a baseball game, Wednesday, in Cincinnati. Cincinnati won 3-2. The 30-year-old Korean came up with his second hit of the game, giving the Reds three straight wins for the first time since June 10-12 against the Cubs and thrilling a sellout crowd of 40,757. The left-handed Choo almost won the game in the ninth, but his sharp one-hopper up the middle with Mesoraco on second was picked off backhanded by second baseman Tony Abreu for a groundout. It was Choo’s 400th career RBI. Choo’s season ERA is .270. [AP/NEWSIS]