Stationery stores have come a long way with many like this Hot Tracks store (right) looking like a department store. Provided by Hot Tracks

Toys are for kids, as are sparkly notepads and novelty pens, Lego figurine key rings and the like. Or maybe not.

As kids raised on pretty stationery items grow up, the pen and paper industry has found another lucrative demographic: the kidult.

The discerning adult buyer of stationery has been around for some time.

But now, more than ever, the aisles of designer stationery retailers like Hot Tracks, and Poom, a high-end subsidiary of Artbox, are bustling with twenty- and thirty-somethings with disposable income to burn.

Despite the denotation, designer stationery goods are not intended for kids. It is a separate market that targets older consumers.

“Our shoppers are young, hip professionals,” says a spokesperson for Poom. Hot Tracks’ representative also agrees that their biggest consumers are single women in their 20s and 30s. But to be inclusive, they maintain that their target market is anyone who “values themselves and takes heed of style.”

An assortment of designer stationery items includes from top: furniture for one, key rings, a miniature filing cabinet, a key ring holder, a fancy notebook, a pen holder and a paper clip holder. Provided by Poom

Take for example the case of Lina, who makes regular visits to her local Hot Tracks to add to her collection of Playmobil figures. She spends about 150,000 to 200,000 won per month in the store for her collection and while she’s there she stocks up on engraved fountain pens and other knickknacks that tickle her fancy.

Entering into the work force five years ago, when she reached a state of financial independence, Lina said she resumed her childhood hobby of “collecting things.”

“When I was younger it was things like stamps and stickers,” she explains. “But now that I have the money, I guess I’ve moved onto more expensive things.”

Lina has about 30 of the German-made collectible figurines that come in all occupations from police officers, nurses and everything else in between. Although her collection stays mostly at home, she also takes a figurine around with her, looks at it a few times a day on the way to work and home, and gets much satisfaction from her unusual hobby. She also gives them away to friends who, like her, are “collectors.”

There is clearly an emotional element linked to obtaining such novelty items that make up a large portion of the merchandise at designer stationery outlets.

“For me, it’s stress release,” Lina says on why she devotes time, energy and money to her fixation. It also explains her regular trips to her local designer stationery store, to see what’s new and to add to her collection.

With regards to stationery goods, Lina says she looks for “the most unique .?.?. something I know that no one else has.”

And once she’s found it, she doesn’t mind splurging rather than settling for the “standard” pen. The retailers, for their part, also know who they are appealing to. “We find that women in their 20s and 30s have a desire to show off their individuality, even in realms of stationery this desire comes through,” says Hot Tracks. And although designer stationery stores operate online, too, unlike other online shopping malls that are big on weekly specials, when it comes to stationery, this isn’t the case. Hot Tracks reports that only 10 percent of its income comes from online orders.

Poom verifies that when a consumer buys a product, they’re making an emotional investment, and consequently, customers are happier than they would be with cheaper products that offer the same function.

In fact, cheaper stationery goods are not doing as well as their glitzier counterparts. 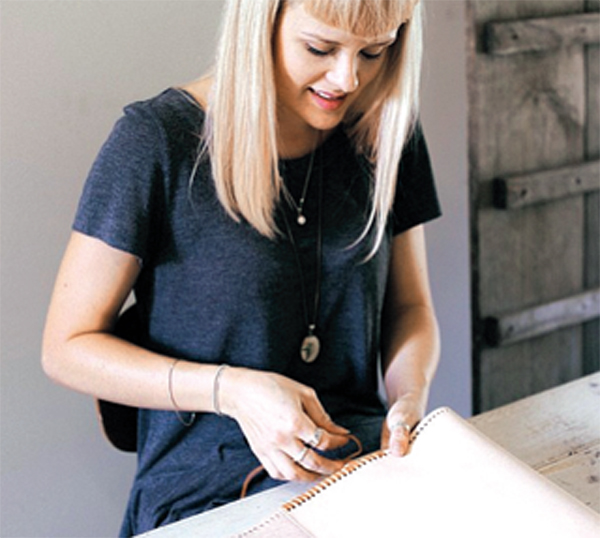 The director says that the designer stationery market should be looked at from a different angle. “It’s targeted toward a very special market aged in their 20s to 30s and are those items that cannot, for the most part, be mass distributed,” he says on why designer items are on top despite the fact that the cheaper brands are not doing so well in the market.

“As generic stationery items are on the decline, designer items are increasingly in demand,” says Shin, who believes it wouldn’t be out of question to see even more household contraptions sold under the stationery banner in the near future, not too differently from the current situation.

The designer stationery retailers for their part also pride themselves in securing a consumer base who are leaders in good taste.

When Artbox launched Poom two years ago, it called the subsidiary a “lifestyle shop,” as is evident by the homeware that it stocks amidst its rulers and pencils.

Designer stationery stores are attracting twenty- to thirty-somethings who see buying designer accessories as a hobby.

The high-end stationery stores are successful because they were quick to note the trend that emerged in the early 2000s as young people, especially women, with surplus cash took to investing in fancy stationery products. “We have grown with the Korean market’s desire for designer goods,” says Hot Tracks, which sells products manufactured by third parties as well as private-label goods.

And in the pen and paper fixation, guys are not immune either. When it comes to opting for style over function, males can be discerning, too.

Although the ratio of men to women who visit Poom stores is estimated to be three to seven, Poom says their male patrons are often more loyal, and tend to spend more than female customers. And although guys are somewhat limited in ways to adorn themselves, they do have an interest in furnishing their desks at work.

“The interest is increasing; we find that more guys are making purchases and we find that they are interested in those designer items that you can’t find so easily elsewhere,” says the company.

John Kim, 28, makes about two trips a month to either Hot Tracks or Artbox on his days off, and although he does need to stock up on items for his class ? he’s a teacher ? he also likes to browse for gifts for others as well as for himself.

And as a man who values style as much as practicality, Kim says he chooses the more expensive stores over local office supply stores because, “I value creativity.”

Creativity makes the world go round

This is a sentiment shared not just by Koreans, but young people all around the world. Consumers and designers, too, are cashing in on hand-crafted accessories.

Emily Chamberlain is a custom stationery and leather goods designer who started up her own venture, “Marvellous,” this year, hoping to capitalize on this subculture for pretty things.

“This is now my second business project,” said Chamberlain, who says she is “expressing who I am through a creative product.”

Although based in Australia, the ambitious creative has set her sights far and wide. She is looking to expand internationally with her trademark leather bags that take one to two days of intense labor to make.

All her products are handmade and despite the toil, she’s finding that in just six months of business demand is increasing, despite the turmoil the economy is in. “I get lovely feedback from customers. ... I admire how they appreciate the love, time and thought that goes into each product,” she says on the goods that “become something they love and treasure with sentimental value.”

Again, this sentiment is what drives the fancy stationery labels forward, despite markups of 100 to 200 percent ? or more ? on goods that you can easily pay a lot less for.

“We believe that good design and aesthetics add value to your life,” says Poom. And because of this ethos, the company, just two years old (although Artbox has been around for a while), will endeavor to keep introducing new designs, items and such into the lives of those clearly wanting more. “The thing is we are offering a one-stop shopping destination,” says Poom. “We are offering a sort of culture within shopping.”