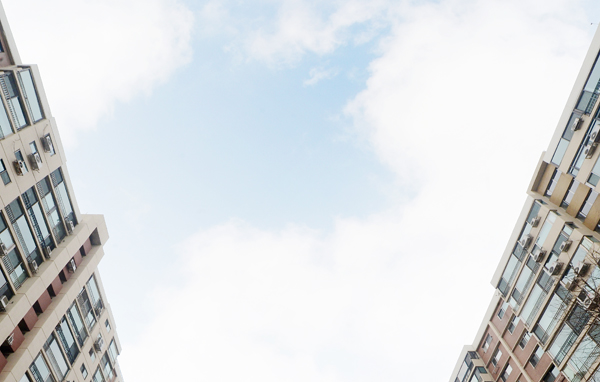 The gloomy atmosphere in the construction industry is expected to continue in the second half the year as the government considers acquisition tax adjustments in a bid to boost the housing market.

The Korean Chamber of Commerce and Industry on Sunday issued its second-half forecast of “cloudy” for the construction sector. Other industries with bleak forecasts were shipbuilding, steel, refining and petrochemicals.

According to data from Ministry of Land, Infrastructure and Transport, Korean construction companies secured $30.5 billion from overseas construction projects from January through June, down 5 percent from a year ago.

Overseas orders last year totaled $64.9 billion and the industry goal was $70 billion for this year. However, a recent report from GS Engineering & Construction’s Construction Economy Research Institute estimates the value of overseas orders won by Korean builders will reach $60 billion, down 7.5 percent from a year ago.

“Companies’ strategy for winning orders has changed, focusing on quality and profitability rather than quantity,” said Kang Hyun of GS E&C’s research institute. “Delays in issuing orders from the Middle East and North Africa would be the biggest variable.”

The domestic market is perceived as worse than markets overseas. Last year, builders secured 101.5 trillion won ($89 billion) in domestic orders, the lowest level since 2005, but experts estimate this year will be worse, falling below 100 trillion won.

According to the Construction Economy Research Institute of Korea (Cerik), builders are expected to collect 98.7 trillion won in domestic orders this year. The GS E&C institute predicts 98 trillion won.

Cerik estimates construction investment in 2013 will increase 2.1 percent year-on-year to reach 146.1 trillion won, thanks to the government’s additional budget on Social Overhead Capital (SOC), which is expected to decrease next year.

“Because the value of secured orders has decreased for the past nine months, the real construction slump could happen at the end of this year or next year,” Lee Hong-il, a researcher at Cerik, said at a seminar last week. “Until the private sector normalizes, the government should slow its pace of cutting SOC budgets and expand SOC projects.”

According to Lee, however, the main culprit in the construction industry’s downward spiral is a moribund housing market, and the government doesn’t seem to have any measures in mind other than its April 1 stimulus package.

According to data from the Land Ministry, there were 66,896 unsold houses in the country as of end of May, down 3,305 units from April, the fourth straight month that sales increased. But with the expiration of the acquisition tax on June 30, most experts predict in a rise in the inventory of unsold units if no additional incentives are enacted.

When the government ended its temporary tax cut at the end of December, housing transactions declined 75 percent month-on-month in January.

Cerik expects a similar scenario in the second half, forecasting a 0.5 percent erosion in home prices, causing potential buyers to wait for prices to fall further or more government incentives. As a result, Cerik predicts that jeonse, lump-sum deposits paid in lieu of rent, will go up an average of 2 percent because those potential homebuyers will rent.

“Amid global economic uncertainty, the effect of the April 1 stimulus plan was limited and there needs to be a good follow-up plan,” said Huh Yoon-kyung from Cerik. “Taxation on real estate seems to be based on an old philosophy that you take care of problems as they arise.”

On April 1, the Land Ministry proposed a follow-up stimulus plan to ease regulations for remodeling apartments, eliminate the ceiling on apartment prices and abolish the capital gains tax for owners of multiple homes. The proposal is awaiting review in the National Assembly.

As criticism mounts, the Land Ministry and some lawmakers from the ruling Saenuri Party this week said they may propose a permanent reduction in the acquisition tax.

The temporary acquisition tax cut “is like a discount promotion you see at the department store, and it made home purchasers passive, just waiting for the next tax cut,” said a Seoul real estate agent. “If the government is going to offer tax cuts whenever there is a slump, why not lower them in the first place?”

However, experts said the Land Ministry’s plan will not be easy to implement since it must be coordinated with the Ministry of Strategy and Finance and Ministry of Security and Public Administration, which thinks it would reduce regional governments’ revenue.

“Our research shows that the acquisition tax cut controls the timing of house purchases, but doesn’t have a favorable effect on the overall market,” Lee Joo-seok, who leads the Local Finance and Taxation Office at the Ministry of Security and Public Administration, said Monday. “The permanent tax rate adjustment is a sensitive issue and should be discussed carefully, as it affects both local government and national finances.”

According to recent government data, if the acquisition taxation rate is halved, it would reduce tax revenue by 2.7 trillion won annually.

Land Minister Suh Seoung-hwan recently said the government should increase property tax rates to make up for revenue lost due to the acquisition tax cut. However, experts said that would likely generate widespread public criticism because about 140 million homeowners pay property taxes every year.

Whether a permanent reduction of the acquisition tax rate happens or not, may experts said a decision should be made as soon as possible.

“There has to be a clear signal to homebuyers about what is going to happen next, but now it’s making people more confused,” said Korea Housing Builders Association spokesman Lee Ho-sang. “I don’t know whether the government and the National Assembly have a strong will to revive the housing market.”