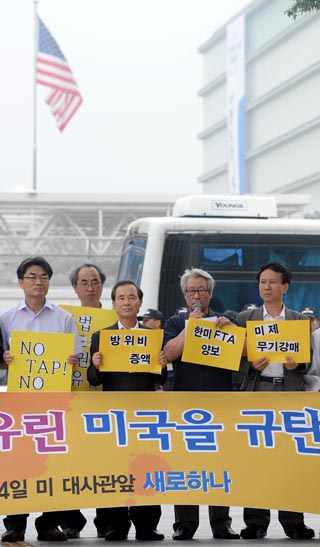 Members of a progressive organization hold a banner yesterday that reads “[We] condemn the United States for violating Korea’s sovereignty,” referring to the recent revelation that the U.S. eavesdropped on 38 countries, including its ally Korea. The rally took place in front of the Embassy of the United States in central Seoul. [NEWSIS]