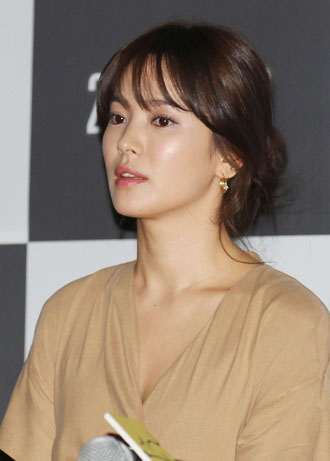 Prosecutors recently charged 24 of 41 netizens who are accused of spreading rumors on the Internet about actress Song Hye-gyo.

In January 2012, Song filed a criminal complaint against 41 people for fabricating and spreading groundless rumors.

Most of the accused are employed people in their 20’s and 30’s, one of whom is a doctor. From September 2008 to December 2011, they allegedly circulated rumors on blogs that Song was “sponsored” by a political heavyweight.

In the Korean language, the word “sponsor” is used to indicate a relationship in which someone receives financial help in exchange for sex.

“Song had been plagued by endless rumors surrounding her personal life for a long time, so she had no option but to take it upon herself to accuse the Internet users who fabricated and spread rumors like they are true,” her spokesperson said.

The other 17 netizens have not been charged.