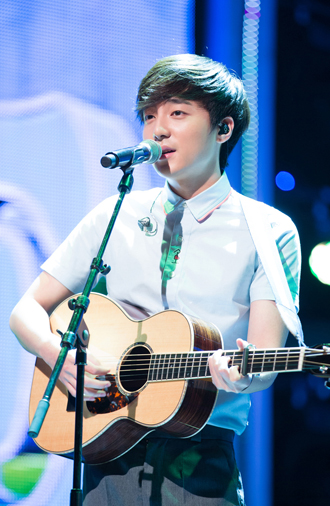 Kim said, “I would like to say ‘thank you’ to my fans at concerts. I will present them my best performance in return for their support.”

Kim is gearing up for the concert, which will take place at KBS Hall in Busan. He will also perform next weekend in Seoul and on July 20 in Daejeon.

He will sing songs from his recently released album and thrill audiences with a variety of performances, like his soulful covers of songs by Kim Kwang-seok and Yoo Jae-Ha, singers he admires.

Kim also hopes to make his fans go wild with a sexy performance that breaks his pure-hearted image.

Kim was catapulted to stardom by winning the survival singing program “Superstar K 4.” His song, “Love Love Love” is ranked first on the Gaon chart in the category of online downloads.