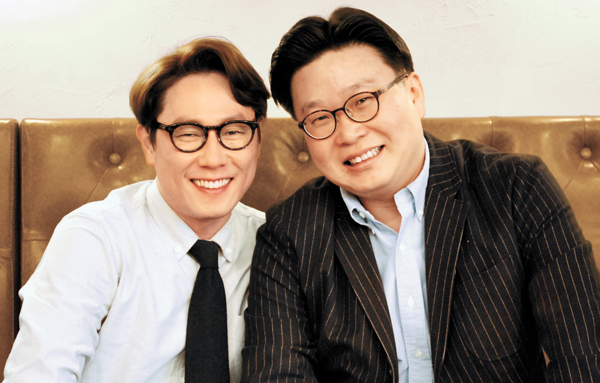 An anthem for Dokdo, the islets controlled by South Korea but claimed by Japan, is a new project by popular singer-songwriter Yoon Jong-shin and Seo Kyung-duk, a professor at Sungshin Women’s University. Their song will be released on Aug. 15, Korea’s Independence Day.

Yoon and Seo’s goal is to make their Dokdo anthem an international hit like Psy’s “Gangnam Style.” Yoon has composed the music while Seo wrote the lyrics. A music video for this song will star a popular Korean celebrity and will be posted on YouTube on the day of release.

“The purpose of this song is to advertise the beauty of the island, Dokdo,” said Yoon. “The song will not only focus on the ongoing diplomatic disputes, but also deal with the cultural aspect of the island.”

The two came together last February when Seo became a principal of the so-called Dokdo School, dedicated to spreading the message of Dokdo within the Independence Hall museum in Cheonan, South Chungcheong, while Yoon was selected as a PR ambassador of the same school. Seo has led several significant campaigns about Dokdo overseas, such as placing an advertisement in the New York Times in 2005 with the headline, “Dokdo is Korean Territory.” He also put up posters describing Japan’s use of Korean and other Asian women as sex slaves during World War II around 40 major universities in Japan, each printed with words, “Do You Remember?”

Seo expects the new song to follow in the footsteps of “Dokdo is Our Land” sung by Jung Kwang-tae in 1982, a song many Koreans can hum. “It’s about time that a song for Dokdo takes on a new style that can appeal to the international market,” he said. “With the accompaniment of the music video, this song will be spread as a K-pop song.”

Seo added: “The lyrics will discuss the beauty of Dokdo as well as its value as a tourist attraction. Dokdo is not an isolated island, but a welcoming place for everyone around the world. I hope people around the world can sing and dance to the song like they did with the horse dance of Psy’s ‘Gangnam Style.’?”