When relatively low-level negotiators from South and North Korea meet today to discuss resumption of business at the jointly run Kaesong industrial park, Seoul is expected to ask for new rules to prevent unilateral disruptions of work by the North.

South and North Korea agreed to have a low-level meeting at the Tongil (Unification) Pavilion on the North’s side of the border village of Panmunjom at 10 a.m. today to discuss a three-part agenda proposed by the South: how factory owners can maintain their facilities and equipment in the park, which has been shuttered for three months; taking out of completed products and raw materials stuck in the factories; and finally, “constructive normalization” of operations at the eight-year-old factory park.

North Korea agreed to discuss the three issues, according to Seoul’s Unification Ministry.

“[The Kaesong complex] should be developed in a normal way, complying with common sense and international standards,” Kim Hyung-suk, spokesman for the South’s Unification Ministry, said at a briefing yesterday. “The matter of the constructive normalization [of the complex] is an agenda to be discussed with North Korea tomorrow.” 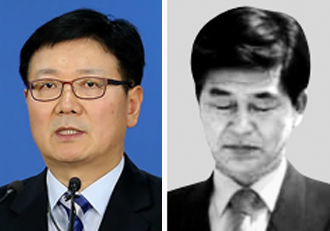 Although Kim refused to go into detail on what “constructive normalization” means, it appeared to refer to new ground rules to prevent North Korea from holding the complex and the South Korean companies’ livelihoods hostage for political gain in times of tension between the two countries, given former comments of Unification Minister Ryoo Kihl-jae and President Park Geun-hye.

In May, after all Southern workers and businessmen left the complex, Ryoo told reporters that the industrial park “needs constructive normalization” and that the two Koreas should “set up stable rules and principles based on international norms so that our companies wouldn’t see any losses due to unilateral measures by North Korea.”

In April, after North Korea imposed an entry ban on the Southern workers and cargo, President Park also condemned the regime during a cabinet meeting, saying “no country or company would want to invest in North Korea as they violate international norms and promises.”

Ruling Saenuri Party’s Chairman Hwang Woo-yea also said yesterday that the government “should ensure not only the normalization of the complex but also the safety of the businessmen and the protection of their assets, and also prevent this kind of thing from happening again.”

After the North’s acceptance of the talks, a senior Blue House official told reporters that “it is important to seek a rational, moderate and fundamental solution.”

On Wednesday, hours after some Southern business owners announced their decision to remove all their assets from the complex and redeploy them in South Korea or abroad, North Korea abruptly sent a notice to Seoul through the hotlines at Panmunjom saying it would allow them to enter the complex for maintenance of their facilities.

But Seoul didn’t immediately approve the visit of the businessmen to the North, and proposed official talks about reopening the complex.

The two Koreas struggled to reach agreement over the venue for the meeting, but North Korea finally accepted Seoul’s proposal of the Tongil Pavilion.

The North also wanted the businessmen to come to the Kaesong complex on the day of the talks, but Seoul rejected the idea.

Both sides exchanged lists of negotiators yesterday. Unlike the aborted high-level talks in June, they agreed on their choice of negotiators. They will send three negotiators each, headed by a chief negotiator who is lower than vice-ministerial-level.

South Korea will send an additional 21 officials and workers and 17 reporters and assistants.

South Korea’s chief negotiator will be Suh Ho, the director of the exchanges and cooperation bureau at the Ministry of Unification.

The North’s will be Pak Chol-su, vice director of the General Bureau for the Special Zone Development Guidance, a North Korean organization in charge of the Kaesong complex, according to the Unification Ministry.

Suh and Pak were both listed as negotiators for the aborted high-level talks in June. Suh has been in charge of the Kaesong complex since 2011 after working for a variety of inter-Korean businesses as the chief of the Office for Inter-Korean Dialogue of the Unification Ministry.

Pak is also a veteran negotiator, working on Kaesong issues for eight years.