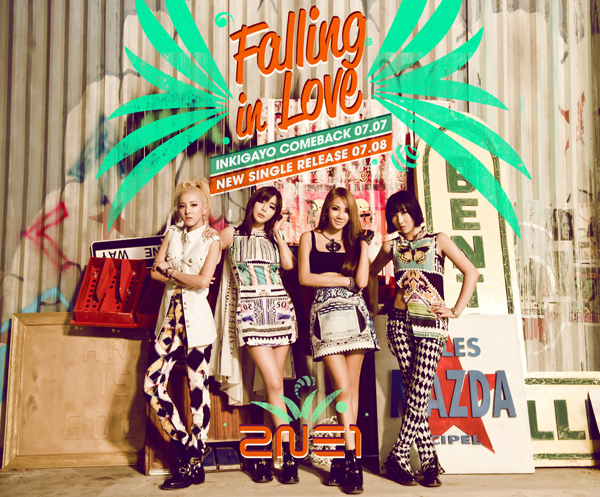 Korean girl band 2NE1’s new single “Falling in Love” hit the Internet right after midnight yesterday and quickly shot to the top of all nine of Korea’s real-time streaming charts - a feat referred in the local press as an “all kill.”

In addition, “Falling in Love” topped many international charts, including the iTunes singles charts in the Philippines, Singapore, Taiwan and Vietnam.

Demand for 2NE1’s latest was extra-high as it had been more than a year since their last single in Korea.

The first live performance of “Falling in Love” had been scheduled for Sunday’s episode of “Inkigayo” on SBS, but was cancelled due to the Asian Airlines crash in San Francisco. Instead 2NE1 will return to the stage on MNet’s “M Countdown” Thursday.