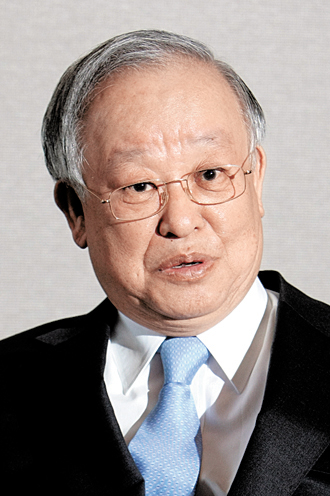 Sohn Kyung-shik, chairman of the Korea Chamber of Commerce and Industry and also co-chairman of CJ Group yesterday expressed his intention to resign the KCCI’s top position.

In an emergency meeting with regional chairmen of the KCCI, Sohn said it’s difficult for him to lead the business lobby group in the aftermath of prosecution’s ongoing investigation into CJ Group.

The group’s co-Chairman Lee Jay-hyun was indicted last week on charges of running slush funds in tax havens, evading taxes and embezzling the food and entertainment conglomerate’s funds. Sohn currently leads the group’s five-man management committee that acts as the group’s main decision makers in the absence of Lee.

Sohn is the brother of Sohn Bok-nam, Chairman Lee’s mother, who exerts a powerful influence in the group.

Although KCCI executives persuaded Sohn to stay, market observers say he is likely to leave the job as soon as he insists on quitting.