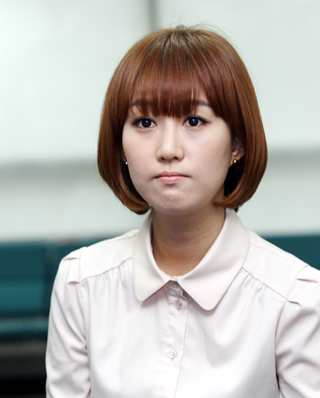 Singer Jang Yoon-jung’s mother said yesterday during an interview with a local cable channel that she is preparing to sue Jang’s agency for 700 million won ($611,800) as the CEO of the agency never repaid her after he borrowed the same amount of money in 2007.

“Jang Yoon-jung and the agency have argued that me and my son have squandered my daughter’s money, but that argument is different from the truth,” said the mother.

“When I came to think why such things had happened with my own daughter, I decided that the agency is not unrelated with the issue.”

She said she recalled lending 700 million won to the CEO in 2007, which was supposed to be repaid within the next year.

“We are very sorry that more family issues are rising soon after Jang’s wedding,” said the agency.

“The agency will not issue any official statement regarding [Jang’s] personal matters.”

It also asked to leave the newly married Jang Yoon-jung in peace, free from rumors regarding the disputes of her family.

She married KBS announcer Do Kyung-wan in June. The mother and the brother were not invited to the wedding.