Spreading word of ‘The Flu’

Spreading word of ‘The Flu’ 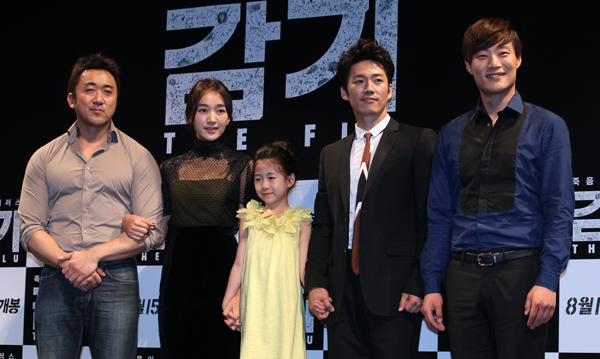 Cast members from the upcoming movie “The Flu,” which is scheduled to be released in local theaters on Aug. 15, gather for a press conference yesterday in Sinsa-dong, southern Seoul. Actress Soo Ae, second from left, and child actress Park Min-ha, center, will reunite to play a mother and daughter in the film, after their previous roles in the SBS drama, “King of Ambition.” [NEWSIS]