Businesswomen have reason to cheer

Businesswomen have reason to cheer 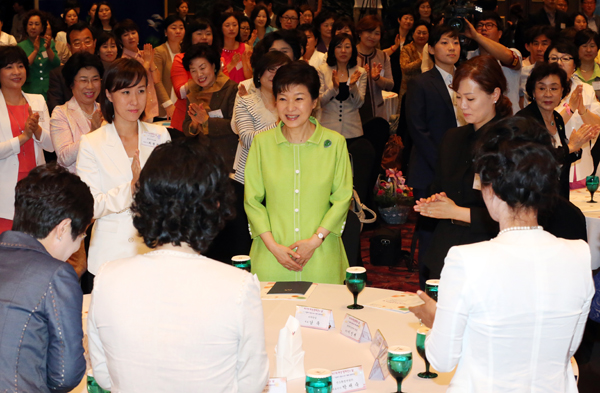 At the event hosted by the Small and Medium Business Administration and the Korean Women Entrepreneurs Association, 52 women were recognized for their contributions to the Korean economy.

During her keynote speech, Korea’s first woman president said the government will come up with a support system to allow women to return to work after marriage or childbirth.

“The government will do its best to establish an environment that is friendly for women to work,” Park said.

“Under the creative economy where IT, culture and imagination are converged, sensitivity and delicacy, as well as the ability to communicate, will be an important foundation for economic development.”

In the past, either the first lady or prime minister’s wife attended the event.