A Honey of a Roxie ­

A Honey of a Roxie ­ 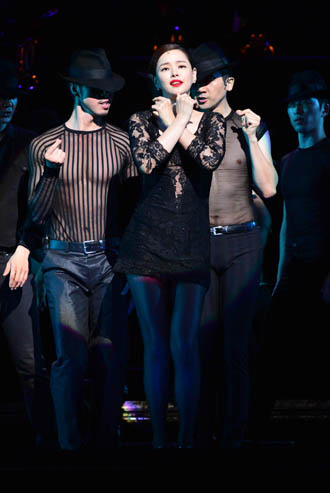 Actress Lee Honey, winner of the Miss Korea Pageant in 2006, performs in the musical “Chicago” on Tuesday at the National Theater of Korea in central Seoul during a press viewing. She plays the role of Roxie Hart, a wannabe singer who later rises to fame but is sent to jail after killing her lover, until Aug. 31. [NEWSIS]