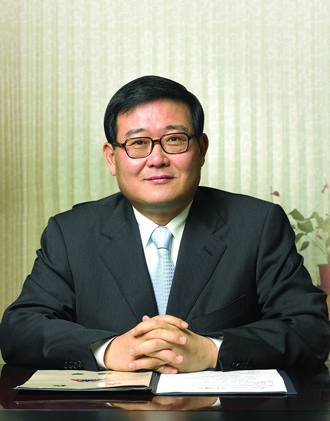 According to Halla, Chung and 37 executives that represent Halla’s automotive business unit and its overseas branch met last week in Mainz, Germany, to discuss the company’s business plan. But Chung apparently wasn’t satisfied with the current situation, declaring that Mando is at risk in terms of competitiveness.

“We can’t expect any development in the current situation,” Chung said at the executive meeting. “To raise the competitiveness of Mando, we need to establish our business strategy to boost our technology level and recover profitability.”

Mando will first focus on enhancing the technology of products like anti-lock brakes and power steering systems.

It aims to bring in more foreign engineers and will aggressively pursue mergers and acquisitions or alliances with other companies.

The auto parts manufacturer said it also will localize the R&D system in the United States and Germany to compete with the local R&D unit in Seongnam, Gyeonggi.

The company will also push for globalization by making English the company’s second language.

Mando recently set a goal of becoming a top-30 auto parts maker by 2015. According to data from Automotive News, the company currently ranks 46th, which is the third-highest ranking behind the Hyundai Mobis (8th) and Hyundai Wia (38th), both affiliates of Hyundai Motor Group.

Mando operates four factories, including the R&D center, in Korea and 19 affiliates in 10 countries. Its customers include not only domestic automakers in Hyundai and Kia, but foreign automakers like General Motors, Ford, Chrysler and Renault as well.

In order to meet demand in the growing Chinese auto market, the company is building a plant in Shenyang, Liaoning Province, northeastern China, and plans to construct another plant in inland China.

Mando said it secured 4.1 trillion won ($3.6 billion) worth of orders in the first half of the year and expects to easily reach its 2013 goal of 7.3 trillion won.

“We will aggressively push ahead for change and innovation in order to boost our technology and profitable management that emphasizes cash flow,” Chung said. “We should not settle for the current result, but need to change all systems in order to provide competitive products to customers at the right time.”