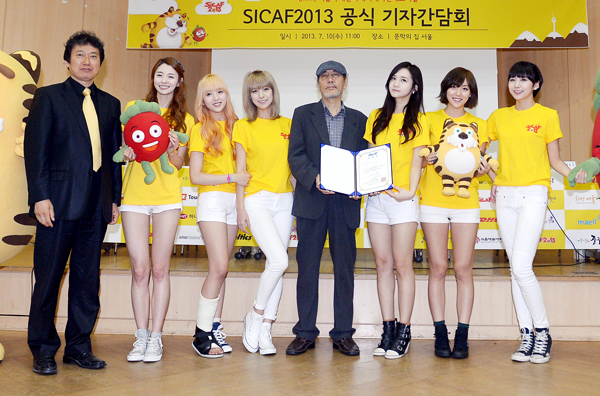 Now in its 17th year, the Seoul International Cartoon & Animation Festival (SICAF) is moving to a new locale. After years in southern Seoul, the annual extravaganza of comics is coming to Namsan, the Jung District, central Seoul.

With the new location and added support from the district, SICAF officials say they are taking significant steps to make the festival more audience friendly.

Running July 23-28, the festival will utilize signs and helpers throughout Namsan and Myeong-dong to guide attendees to the 14 locations that will host the exhibitions and screenings, as well as the related trade show.

SICAF will stretch along the road that leads from Myeongdong subway station to the Seoul Animation Center, partway up the northern slope of Namsan, with artists and art students lining the street giving street performances and helping to create a true “festival feel.”

“Namsan and Myeongdong have a huge tourist population that we want to tap into,” said Kim Hyung-bae, from the festival’s organizing committee. 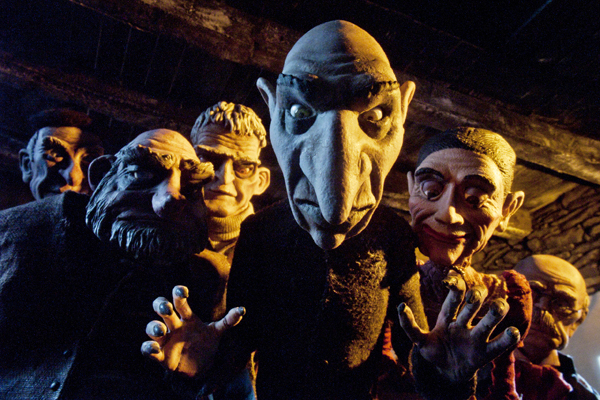 “The Apostle” by Fernando Cortizo Provided by the festival

In fact, this part of Seoul has already been dubbed “cartoon street” by the Seoul Metropolitan Government, so linking it with SICAF only made sense for all.

SICAF may not be as well known as Korea’s film festivals in Busan or Bucheon, but it is actually one of the largest animations events in the world.

This year will feature some 300 works from 33 nations at the CGV cinema in Myeong-dong, with 125 of those in competition.

As usual, there will be feature films, short films and student films, among many others, in the official competition section.

The opening movie will be Cortizo’s “The Apostle.” 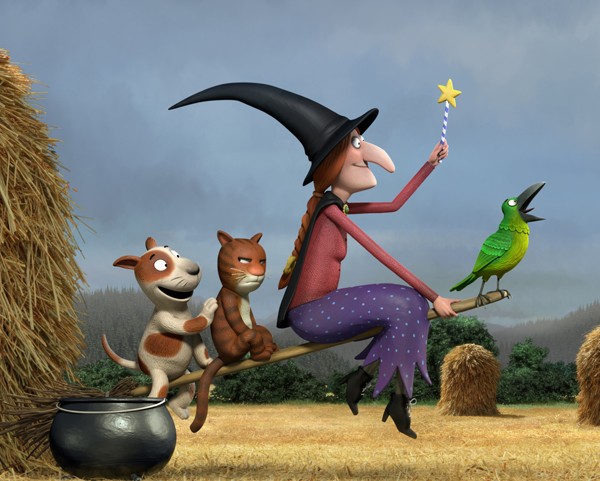 “Room on the Broom” is competing in the “SICAF Kid 3”segment.

There will also be a variety of special programs, including a Canada National Film Board Invitation Exhibition, a Japan Media Arts Festival program and spotlights on Spanish director Fernando Cortizo and Canadian animator and illustrator Sheldon Cohen.

Another highlight is the SICAF sponsor project “Electric Soul,” by young Finnish director Joni Mannisto, who animated a 5-minute film on the theme “Seoul.”

Guests at this year’s festival will include jury members Mohamed Ghazala of Egypt and Mike Nguyen from the United States.

With such a prime location for this year’s festival and an increase in international films, organizers say they are stepping up promotion. “We are working closely with the KTO [Korea Tourism Organization] and understand that Hana Tour is promoting the festival abroad, offering it as a travel package,” said one committee member in a press conference.

With these improvements, SICAF organizers say they hope to eventually increase the festival’s prominence and become a “hub of Asian animation.”

In addition, the festival will have a trade show component, called the Seoul Promotion Plan, which will run from July 23 to 25 at the Seoul Hilton.

The festival will also get a celebrity boost, as the new K-pop group Hello Venus was chosen to promote the festival.

“It’s such an honor to be picked for the nation’s biggest cartoon and animation festival,” said one member of Hello Venus, before another added that they’d do all that they could to garner attention for the event.