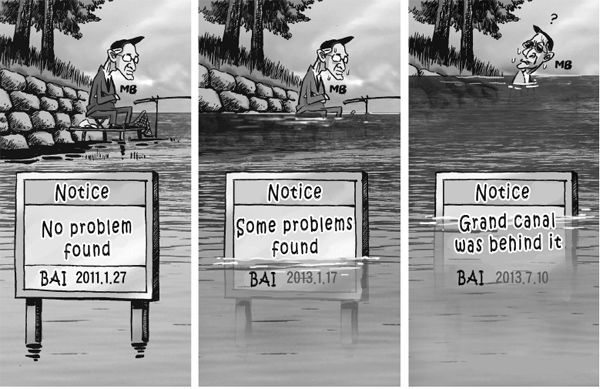 In 2011, the Board of Audit and Inspection found no problems with former President Lee Myung-bak’s signature project, the Four Rivers Restoration. In January 2013, it found some problems. Now the Board concludes the Restoration was really about building Lee’s Grand Canal. The flood of scandal rises.