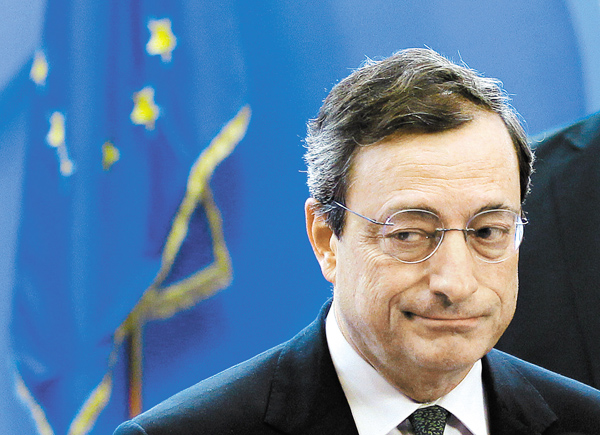 BRUSSELS - What is wrong with Europe’s banks? The short answer is that the sector is too large, has too little capital, and contains too many players that lack a viable long-term business model. It is the combination of the last two factors - an overabundance of banks with no sustainable way to turn a profit - that constitutes the most serious and most difficult problem.

The banking sector’s size is a cause for concern because, with total liabilities amounting to more than 250 percent of the euro zone’s GDP, any major problem could over-burden public budgets. In short, the banking sector in Europe might be too big to be saved.

Undercapitalization can be cured by an infusion of new equity. But the larger the banking sector, the more difficult this might become. More important, it makes no sense to put new capital into banks that cannot return profits for the foreseeable future.

The difficulties in southern Europe are well known, but they differ fundamentally from country to country. In Spain, banks have historically issued 30-year mortgages whose interest rates are indexed to interbank rates such as Euribor, with a small spread (often less than 100 basis points) fixed for the lifetime of the mortgage.

This was a profitable model when Spanish banks were able to refinance themselves at a spread much lower than 100 basis points. Today, however, Spanish banks - especially those most heavily engaged in domestic mortgage lending - must pay a much higher spread over interbank rates to secure new funding. Many local Spanish banks can thus stay afloat only because they refinance a large share of their mortgage book via the European Central Bank. But reliance on cheap central bank refinancing does not represent a viable business model.

In Italy, the difficulties arise from banks’ continued lending to domestic companies, especially small and medium-size enterprises (SMEs), while GDP has stagnated. Even before the euro zone crisis erupted in 2010, the productivity of capital investment in Italy was close to zero.

The onset of the current recession in Europe has exposed this low productivity, with the failure of many SMEs leading to large losses for the banks, whose funding costs, meanwhile, have increased. It is thus difficult to see how Italian banks can return to profitability (and how the country can resume economic growth) unless the allocation of capital is changed radically.

There are problems north of the Alps as well. In Germany, banks earn close to nothing on the hundreds of billions of euros of excess liquidity that they have deposited at the ECB. But their funding costs are not zero. German banks might be able to issue securities at very low rates, but these rates are still higher than what they earn on their ECB deposits. Moreover, they must maintain an extensive - and thus expensive - domestic retail network to collect the savings deposits from which they are not profiting.

Of course, some banks will always do better than others, just as some will suffer more than others from negative trends. It is thus essential to analyze the situation of each bank separately. But it is clear that in an environment of slow growth, low interest rates and high risk premia, many banks must struggle to survive.

Unfortunately, the problem cannot be left to the markets. A bank without a viable business model does not shrink gradually and then disappear. Its share price might decline toward zero, but its retail customers will be blissfully unaware of its difficulties. Other creditors, too, will continue to provide financing, because they expect that the (national) authorities will intervene - either by providing emergency funding or by arranging a merger with another institution - before the bank fails. Recent official tough talk in the European Union about “bailing in” bank creditors has not impressed markets much, not least because the new rules on potentially imposing losses on creditors are supposed to enter into force only in 2018.

Starting next year, when it takes over authority for bank supervision, the ECB will review the quality of banks’ assets. But it will be unable to review the longer-term viability of banks’ business models. Current owners will resist to the end any dilution of their control; and no national authority is likely to admit that their national “champions” lack a plausible path to financial viability.

Keeping a weak banking system afloat has high economic costs. Banks with too little capital, or those without a viable business model, tend to continue lending to their existing customers, even if these loans are doubtful, and to restrict lending to new companies or projects. This misallocation of capital hampers any recovery and dims longer-term growth prospects.

What should be done is clear enough: recapitalize much of the sector and restructure those parts without a viable business model. But this is unlikely to happen any time soon. Unfortunately, until it does, Europe is unlikely to recover fully from its current slump.

* The author is director of the Center for European Policy Studies.