Across the nation, delicious wonders abound

Across the nation, delicious wonders abound 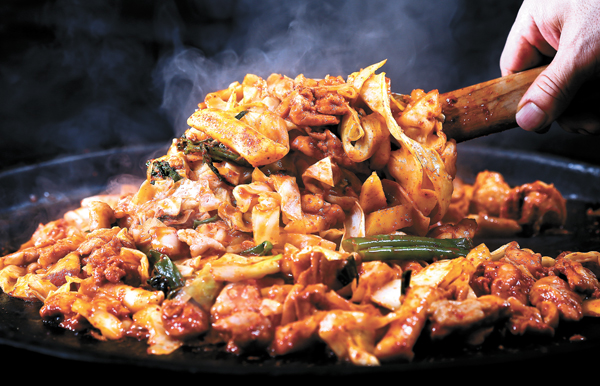 The weekend section of the JoongAng Ilbo marked its 10th anniversary last month. To celebrate, we looked through all the matjip (delicious restaurants) that we have introduced over the past 10 years. We excluded Seoul and the Gyeonggi areas, but there were still more than 700 restaurants from other regions. We also looked at 150 matjip that we have considered introducing.

After deliberating for more than a month, the JoongAng Ilbo picked 100 of its favorite matjip, and the Korea JoongAng Daily picked its top 50.

Gangwon province is known for its beautiful mountains and pure water, but also for its delicious food. The mountains are covered with appetizing edible plants, and the nearby East Sea provides a steady supply of fresh seafood. With delicious ingredients readily available, it’s no wonder that the province is home to so many restaurants. Every region has its own specialties. Chuncheon is known for its spicy grilled chicken and its buckwheat noodles, Pyeongchang for its trout and its Korean beef, Gangneung for its soft tofu and Sokcho for its North Korean dishes. 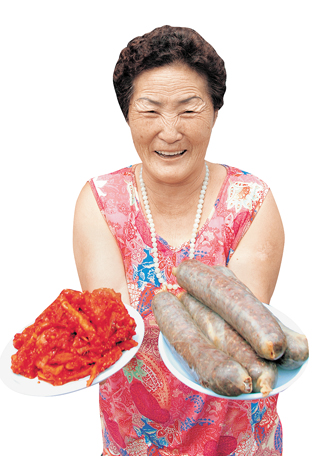 1. Bongpo Hwaleo Hoe Center
Goseong County, 033-633-1699, two portions of assorted sashimi, 50,000 won ($ 44.42)
People come all the way from Gangneung to eat the fresh sashimi offered in this restaurant run by the fishermen of Bongpo harbor.

4. Bisugumi Minbak
Hwacheon County, 033-442-0145, hanjeongsik (Korean table), 10,000 won
Located in the tiny village of Bisugumi, this restaurant offers a feast of country-style menu items. The taste of their delicious soybean paste still lingers in our mouths.

5. Sangolnadeuli
Inje County, 033-461-9643, bibimbap with wild herbs and vegetables, 10,000 won. Rice ball with herbs, 8,000 won.
This restaurant is run by residents of Gombaeryeong, using the wild greens for which the area is famous.

6. Donghae Hoetjip
Yangyang County, 033-672-3739, four portions of assorted sashimi, 80,000 won
As the owner serves whatever he catches each day, there is no set menu at this restaurant.

8. Silbi Makguksu
Chuncheon, 033-254-2472, one set of makguksu (buckwheat noodles), 6,000 won
Ever since it opened in 1967, this place has continuously served makguksu. Orders must come in before they begin to knead the dough, ensuring the fresh taste of the noodles.

10. Songjeong Haebyeon Makguksu
Gangneung, 033-652-2611, one set of makguksu, 6,000 won
This is the buckwheat noodles restaurant that the late Hyundai founder Chung Ju-yung is said to have frequented.

Ulleung is worth visiting for its squid organ-meat soup.

Gyeongsang has many restaurants offering delicacies, including Andong and Gyeongju, two North Gyeongsang cities known as the historical bases of aristocrats. Ulleung Island is another haven of delicious food in North Gyeongsang. Jinju and Tongyeong are two delicacy destinations in South Gyeongsang. If you go to Mount Jiri, you should try the corbicula soup in Seomjingang in Hadong. 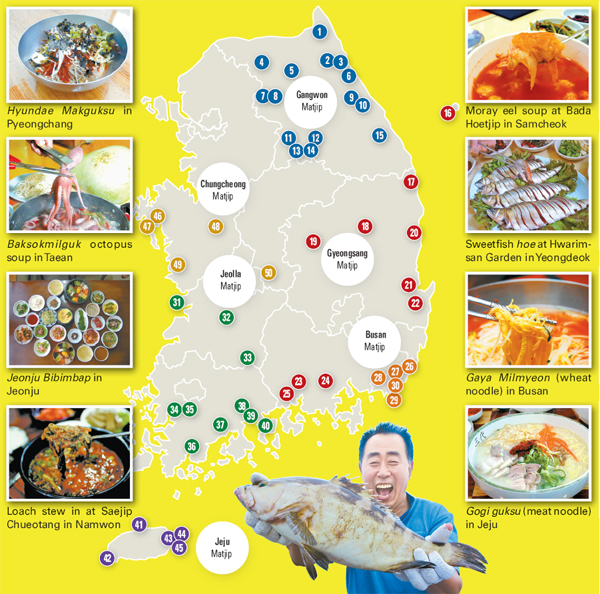 They have overturned Welsh-onion pancakes for over 80 years. They will surely do it for another 80 years.

Busan, a vacation mecca, offers a variety of delicacies. Many foods that were introduced here during the 1950-53 Korean War have spread across the country.

26. Dongnae Halmae Pajeon
Dongnae District, 051-552-0792, dongnaepajeon (a Welsh-onion pancake that originated in the Dongna area), 20,000 won ($17.77)
Among the many restaurants that sell dongnaepajeon, this one, with its history of more than 80 years, is a legend. Pajeon sold here are as thick as steamed rice cakes.

Korea’s best hanjeongsik is in Gangjin.

Jeolla province is the No.1 destination for genuine Korean food. In Jeolla, people spend more time deciding what to eat than where to go, as there are so many places from which to choose.

36. Haetae Sikdang
Gangjin, 061-434-2486, hanjeongsik, 25,000 won
Yoo Hong-jun, former director of the Cultural Heritage Administration, endorsed this as one of the three best hanjeongsik restaurants in Korea.

One yet-to-be discovered delicacy is at Pyoseon Harbor.

Jeju has many delicacies. Here, we introduce five of the island’s best restaurants. 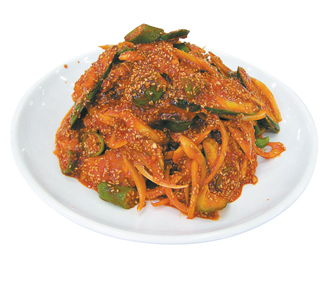 One famous mukjip that sells muk (acorn jello) is on the way to Sudeok Buddhist Temple.

Here are five of the best restaurants in Chungcheong.