Campaign tries to link doctors to their patients

Campaign tries to link doctors to their patients 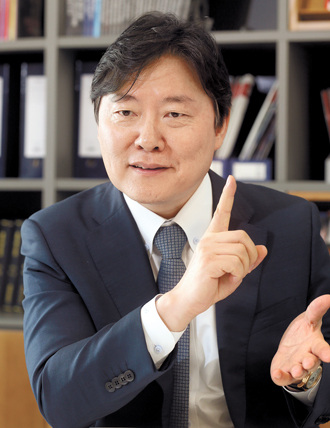 With their existence crammed into a shoebox of an office ever since leaving medical school, doctors are commonly thought of as being out of touch with their patients. But the chairman of the Korean Medical Association, Roh Hwan-kyu, says this tendency should change.

“Doctors are devoted to their profession. And as a result unfortunately, they may have distanced themselves from ordinary people,” said Roh, as he explained the motifs behind the “Good Hands Campaign,” which was launched five months into his election in May last year.

Since then, the campaign has established a scheme to link senior citizens’ centers with their respective medical associations, and to provide immigrants and multiethnic families with free medical treatment.

It has also started offering mentoring programs to child breadwinners as well as providing them with food, clothing and shelter.

The aim of the campaign is to transform doctors’ attitudes, which are often thought of as unfriendly and assertive. Among the manners encouraged on this front are speaking politely with a smile, holding the patient’s hand, making eye contact or explaining circumstances to the patient’s satisfaction.

From this month, the campaign will also encourage doctors to sign up for organ donations first. Finally, it is also pushing for plans to supply medical services to war-torn countries like Iraq and Syria.

“Before defending their rights, I think doctors should redeem themselves by getting back in touch with society,” said Roh.

He went on to say such reforms could dispel the stereotype that doctors solely work to their own benefit.

“Conserving the life and health of patients is our duty, and will determine our worth,” said Roh. “In medical schools, everyone vows to safeguard integrity and their conscience. But once they become doctors, not even half of them live up to such vows. It’s sad, but that’s the reality.”

Roh says the reality is due to excessively low health insurance fees. Under such conditions, it is impossible for hospitals to offer standard medical services, which in turn leads doctors to insist on unnecessarily extreme surgical procedures.

Furthermore, many doctors flock to departments like cosmetic surgery or dermatology, which are not covered by medical insurance, while those remaining in cardiothoracic or obstetrics, or other such departments covered by insurance, just have to endure.

Roh says doctors are not the only ones that must change, but the government must also reform its health policy.