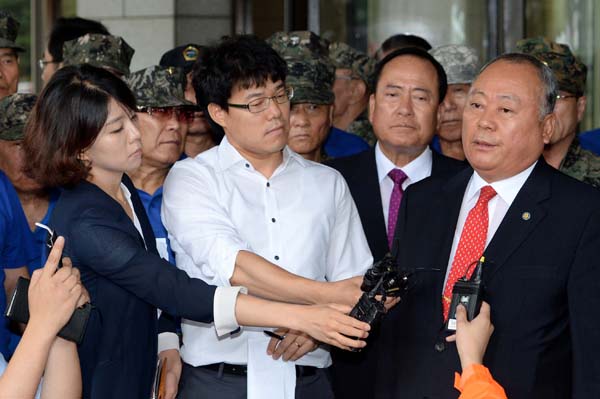 The Supreme Court yesterday overturned a court decision ordering compensation for Korean Vietnam War veterans from the manufacturers of Agent Orange, disappointing more than 16,500 plaintiffs who have waged a 14-year legal battle.

The Seoul High Court ruled in 2006 that there was a causal relation between the dioxin in the defoliant used in the Vietnam War and 11 diseases suffered by the plaintiffs, including lung, laryngeal and prostate cancers.

“The causes of the diseases are so diverse that it’s hard to prove that they were triggered by heavy exposure to the defoliant used during the Vietnam War,” the highest court was quoted as saying by Yonhap News Agency.

“The diseases can be developed by congenital causes or one’s eating habits and lifestyles,” the court stated, striking down the Seoul High Court’s ruling ordering U.S. chemical producers Dow Chemical and Monsanto Corporation to pay a combined 63 billion won ($56 million) in damages to 6,795 plaintiffs.

The case was sent back to the high court to review its ruling.

The top court, however, upheld a compensation award to 39 veterans who have suffered from chloracne, an acne-like rash caused by exposure to high levels of chlorinated chemicals.

“Chloracne is a specific disease associated with over exposure to chemicals like defoliants,” the top court noted.

This is the first time in the world that compensation has been awarded to Agent Orange victims with that skin disease.

The dioxin-laded Agent Orange was widely used by the American military to clear jungles in Vietnam until 1971.

The Seoul Central District Court dismissed their claim, prompting the vets to lodge an appeal. The 2006 ruling by the high court reversed the district court’s dismissal.

It awarded damages to plaintiffs suffering from only 11 diseases. It did not recognize a link with peripheral neuropathy.

The veterans expressed disappointment in the ruling by the Supreme Court.

“As a victim, I do not know what to say,” said Kim Seong-wook, the head of a local veterans organization. “I feel regretful and disappointed.”

But yesterday’s opened the door for the 39 plaintiffs with chloracne to seek damages in international courts or in the U.S. justice system.

But local legal analysts point out that U.S. courts are reluctant to compensate people exposed to Agent Orange.

Korea sent the largest foreign contingent of forces to the U.S. war in Vietnam, contributing some 320,000 troops. More than 5,000 troops died and tens of thousands were wounded, according to official government data.

The association representing veterans from Vietnam estimates the number of victims of Agent Orange at around 150,000.