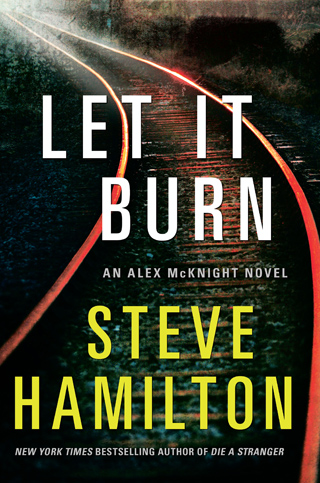 Each Alex McNight novel has revealed a little about the part-time private detective’s troubled past: his failed marriage, his work as a young Detroit street cop, the day he got careless and ended up getting shot, and his retreat to Michigan’s rural northern peninsula, where he now scrapes out a living running a string of rustic tourist cottages.

Now, in the tenth book in Steve Hamilton’s fine crime-novel series, McNight returns to the once great, now dying metropolis, propelled by a nagging fear that his last case there might have been a colossal mistake.

The action begins when McNight’s old sergeant calls to give him a heads-up that Darryl King, a young man they put away years ago for stabbing a woman to death, was about to be released. McNight decides to drive south to reconnect with his old buddies, including Arnie Bateman, the retired homicide detective who had been the case’s lead investigator.

At first, Bateman pooh-poohs McNight’s misgivings about the King case, but unlike the stereotypical TV cops who always bridle at the suggestion that they could have been wrong about something, McNight’s old mentor actually listens. Soon, they start nosing around.

McNight drops in on King’s mother, who, instead of berating him for locking her son up, serves him chocolate cake. He enlists the help of old friend Janet Long, an FBI agent he’s still carrying a torch for. And eventually, he even meets up with Darryl.

But someone out there doesn’t like what Alex is doing, and before long, more people turn up dead.

Hamilton interrupts the narrative with occasional flashbacks about the original investigation, giving us a chance to see McNight as a young husband and policeman, and to see Detroit when it was already in decline but before it turned into a wasteland. The author’s depiction of the Detroit that McNight now sees outside his car window, and of the way this makes him feel, is both vivid and poignant.

McNight eventually uncovers the terrible truth about the King case, of course, but only at an enormous cost to himself and several people he cares about. As the tense story unfolds, the action builds to a violent climax. This beautifully crafted novel lives up to the standard fans have come to expect from one of the few writers to have ever been honored with two Edgar Awards.