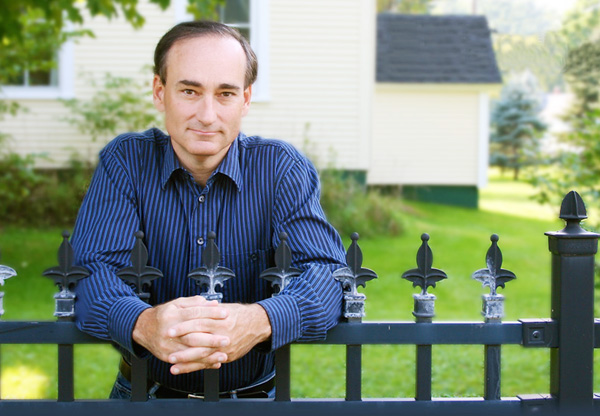 Bestselling novelist Chris Bohjalian had long been searching for a way to write a book set in Tuscany during World War II, but it wasn’t until his daughter performed in “Romeo and Juliet” that all the pieces came together.

The result was “The Light in the Ruins,” a tale centering on the doomed love between an Italian woman from a noble family and the German soldier she comes to know during the period in 1944 when Tuscany, as Bohjalian puts it, “became an innermost ring of Dante’s Inferno.”

Bohjalian, the author of 15 novels including “The Sandcastle Girls,” which deals with the killing of Armenian Christians by Ottoman Turks during World War One that his grandparents survived, spoke with Reuters about history, anxiety and making use of darkness in writing.

Q. The idea of reimagining a classic is interesting, and sometimes it works better than others. How was it for you?

A. In some ways, I thought it was going to be a project a bit like my 2007 project, “The Double Bind,” which is about a social worker who believes she’s found Daisy Buchanan and Jay Gatsby’s bastard son... But the book took one of those surprising left-hand turns, and it evolved well beyond “Romeo and Juliet”. It’s still a love story. I love big, sweeping, epic love stories, especially love stories set in the midst of war, but it grew beyond that. It’s not simply the love story of Cristina and Friedrich. The characters that I think about most are actually parallel women ? both 19 in 1944, and then somewhat older in 1955. Those two women are Cristina Rosati, my Tuscan nobleman’s daughter, and Serafina, my partisan, who is both emotionally and physically scarred by the war... Their paths will cross again in 1955 when Serafina is investigating the murders of the Risati women in Florence.

Obviously “The Sandcastle Girls” is about a subject that’s closer to you personally than a lot of your books. Did this make it harder or easier for you? 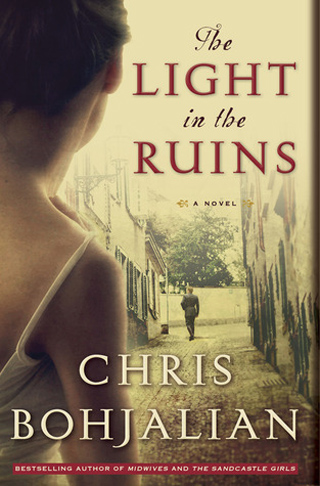 Sometimes a book is a book, and sometimes a book becomes a mission. And “The Sandcastle Girls” became for me a deeply personal mission. Outside of the Armenian Diaspora, most of the world knows next to nothing of the Armenian genocide. I’m the grandson of genocide survivors, so it was important for me to tell this story and tell it in a way so that everyone would want to read it, which was why I framed it as a love story.

I read that you’ve said “The Sandcastle Girls” helped you understand the geography of your own soul, how did “The Light in the Ruins” compare?

“The Light in the Ruins” was a different kind of project, because it was dealing with a landscape I cherish. I’ve been going to this part of Tuscany every summer for 10 years. This landscape isn’t the geography of my soul the way Armenia is, but in some ways it’s the geography of my immediate family. So many of my favorite memories of my wife and my daughter come from this area. So in some ways when I was tearing it apart and showing the deprivations and the horror of war, I couldn’t help but imagine what it must have been like for so many of the people I’ve met there in my years of visiting.

What was it like to tear apart a place that you love and show that dark underside?

Clearly I am capable of compartmentalization. I will always be known best as the novelist whose character cut into the pregnant woman in “Midwives.” That’s always going to be part of my legacy. Likewise, I’m now always going to be known as the writer who tried to give voice to the whispers of the victims of the Armenian genocide. For a book such as “The Light in the Ruins,” I’m shedding light on a topography that most of the world sees only as a vacation resort. Today, Tuscany is Disneyland for many tourists. But it has this interesting, fascinating recent history. When I was writing this particular book I couldn’t help seeing it through that lens, and I hope I’m clarifying what Tuscany really is and what the people who lived there endured.

I also think that finding that kind of history in a place that today might be a kind of Disneyland really adds to your overall view of it. It’s an important thing to remember.

One of my favorite literary therapists is Thomas Moore, who wrote “Care of the Soul.” One of the things he talks about is that sometimes, the soul needs gray ? and you simply have to allow the soul its access to gray. You can’t force a haloed cheerfulness on certain subjects and on certain days. And maybe that’s one of the things I do in my work, is that I allow the soul to access its gray.