Even Carey’s sling has style

Even Carey’s sling has style 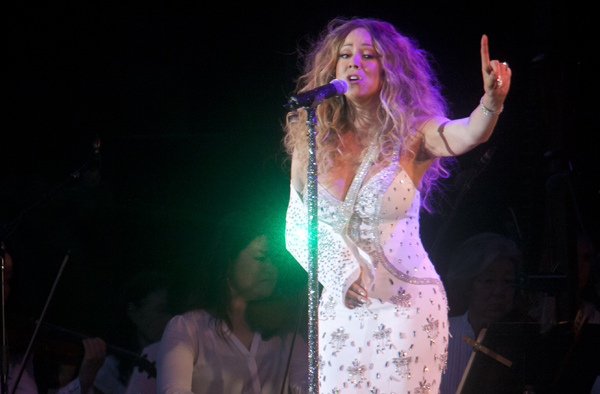 NEW YORK - Mariah Carey has a new accessory: the stylish sling holding up her injured shoulder.

The pop diva performed in a fashionable sling that matched her shimmering white dress on Central Park’s Great Lawn on Saturday for the 2013 MLB All-Star Charity Concert. It was for the benefit of Superstorm Sandy victims.

The 43-year-old went to the hospital Sunday after dislocating her shoulder while filming a music video. She told the crowd Saturday she “was in a tiny bit of pain, but I’m OK.”

Carey performed four songs with the New York Philharmonic, including “(#)Beautiful” and “Hero,” the well-known latter tune an appropriate choice given the theme of the benefit.

After two songs and a break, Carey switched into a black dress, though she had three getups for her sling.

She joked to the crowd: “I’m filming this for my own self for incredible laughs.”

The show ended with an impressive fireworks display. AP