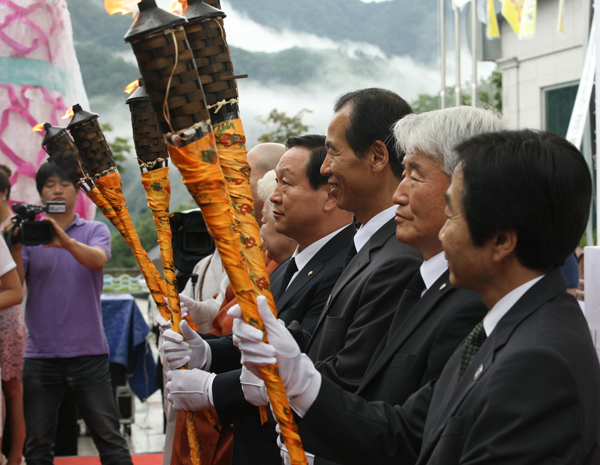 To commemorate the 60th anniversary of the signing of the armistice between the UN coalition forces, the North Korean People’s Army and the Chinese People’s Volunteer Army on July 27, 1953, a joint memorial was held in the border city of Hwacheon in Gangwon to pay respects to the war dead. Around 5,000 people came to pay their respects including ambassadors of countries that fought alongside South Korea, veterans and government officials.[NEWSIS]