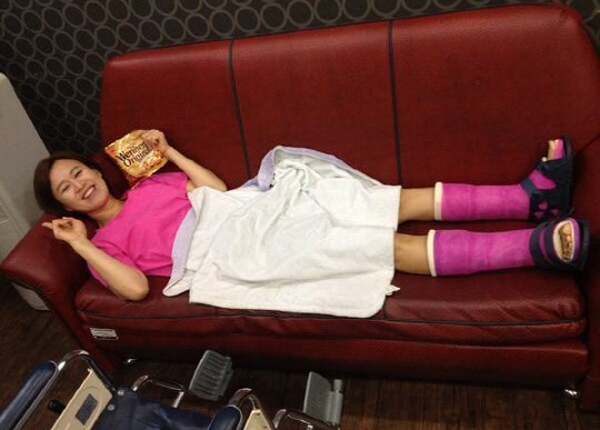 Comedian Park Mi-sun smiles as she lies down on a couch while waiting for filming of an episode of “Happy Together 3” to start.[JoongAng Ilbo]

Many local comedians have strived to stay healthy and safe. Comedian Park Mi-sun, one of the hosts of KBS talk show “Happy Together 3” was photographed on a couch while she lay down on it while waiting for the show’s filming to start. Park recently injured both her ankles while she played games on MBC entertainment show “Blind Test 180 Degrees.”
Also, another comedian, Jung Kyung-mi, who recently lost around 8 kilograms (17.64 pounds) after she joined as a regular guest on the cable channel StoryOn’s diet show “Diet Master,” was photographed with a much slimmer body. Her husband, fellow comedian Yoon Hyung-bin, said he is happy that she looks healthy. 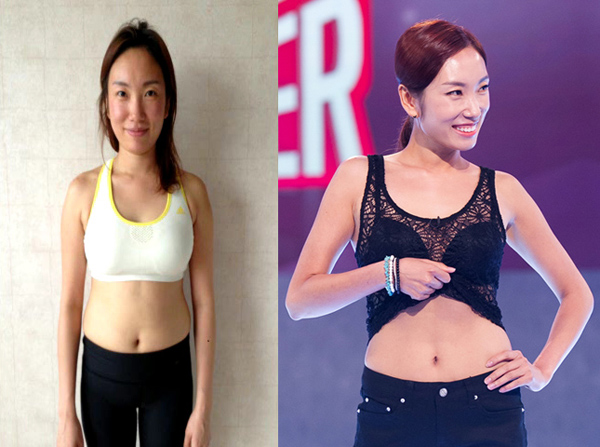 Comedian Jung Kyung-mi in two photos; on the left is a photo of her before losing 8 kilograms (17.64 pounds).[JoongAng Ilbo] 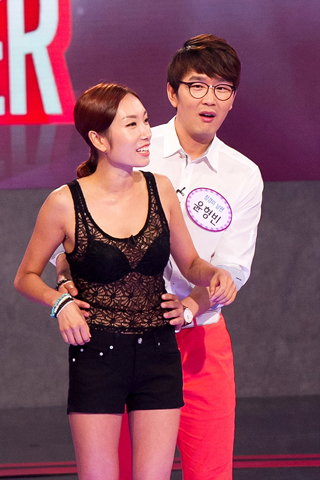 Comedian Jung Kyung-mi, front, shows off her body shape after dropping 8 kilograms (17.64 pounds) and her husband Yoon Hyung-bin is amazed at the change.[JoongAng Ilbo]