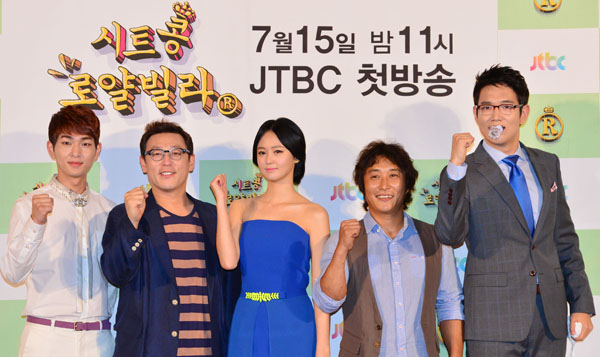 Cast members of cable channel JTBC’s new sitcom “Royal Villa” gathered to promote the launch of the show yesterday at Megabox Dongdaemun in central Seoul. Director Kim Seok-yoon, who had made the hit KBS sitcom “Old Miss Diary,” is taking the lead to produce another comic show.
Onew of SHINee, who is making his debut as an actor through this sitcom, said that other members have cheered him for a good run of the show. The first episode of the weekly show was aired yesterday. 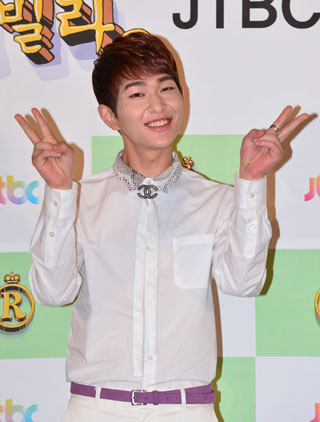 Onew of SHINee smiles at a press conference at Megabox Dongdaemun in central Seoul yesterday.[NEWSIS] 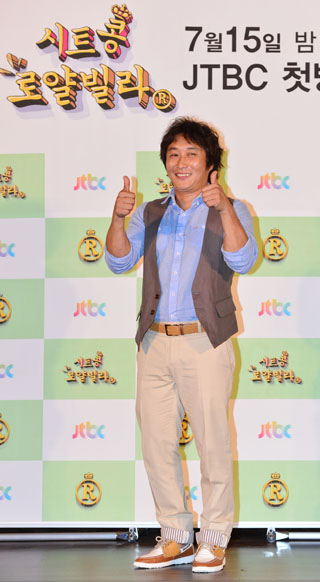 Comedian Kim Byung-man of SBS entertainment show “Law of the Jungle” cheers for a good run of “Royal Villa” at Megabox Dongdaemun in central Seoul. [NEWSIS]