‘Tuning’ cars could be growth engine

‘Tuning’ cars could be growth engine

He displayed some of his work at the 2013 Seoul Auto Salon, the nation’s largest auto event for customized cars, which ended on Sunday. A Hulk-like green Jeep Rubicon and a toy-like Volkswagen T1 camper van were some of his work shown.

“I’m receiving 10 or more calls a day from customers, which is nearly double what I received in the past,” Chang said. “The customization market is definitely getting bigger.”

Korea became the world’s fifth-largest automobile producer last year and there are 19.1 million vehicles registered in the nation as of the end of June. But one area of the industry that is relatively undeveloped is customized autos; which is taking a car from a factory, changing and then reselling it. In the industry, customization is also called “tuning.”

According to 2007 data from the Korea Automobile Research Institute, the nation’s car tuning market was estimated at about 1 trillion won ($889 million), which was twenty times smaller than Japan’s tuning market.

But actually, no one really knows the size of the market, industry insiders said.

“Some say it’s about 60 billion won and others say it’s 600 billion won,” said Won Jong-wun, an automotive and mechanical engineering professor at Howon University during an automobile tuning development seminar last Thursday. “The thing is that neither the government nor automakers have reliable data for the tuning market because it’s so small and has been considered part of the underground economy.”

Experts said that the biggest reasons why car customization hasn’t developed in Korea is the very recent development of an automobile culture compared to other countries, the relative novelty of fooling around with cars in the backyard or garage and a misleading perception that tuning is some kind of illegal activity.

“For most foreign automakers, the founders or engineers started working in their backyards and went on from there,” said Lee Dong-hoon who runs the Auto Tuning Academy in association with Myongji College. “Korea’s auto industry started with bringing technology from overseas and assembly of kits, which put profitability first rather than developing an automaking culture.”

According to Lee, automakers in other countries joined hands with tuning companies in a totally symbiotic relationship. While high-performance cars, such as BMW’s M series, Mercedes’ AMG series Audi’s S or RS models, were released by automakers, tuners like Hamann, Alpina, Brabus, AC Schnitzer and Lorins targeted drivers who wanted even more powerful performance than in the factory models.

Korea has no major tuning company. The customizing companies are small and number around 1,000, mostly focusing on “dress-ups,” or modifying the exterior of vehicles by attaching spoilers to improve aerodynamics or to make the vehicle look cooler.

Hyundai Motor, the nation’s largest automaker, started paying attention to tuning in 2010 when it introduced its own customization program called “TUIX” and offered tuning packages for its Sonata, Avante and Santa Fe models. But it wasn’t very popular.

Lee said the growth of the tuning industry is closely related to the development of motor sports, where improving the performance of a vehicle reaches its peak.

Korea has been hosting a Formula One Grand Prix in Yeongam, South Jeolla since 2010, but the event hasn’t led to a motors sport boom.

However, Lee said positive signs can be seen in the evolution of Korea’s automobile culture following the rise of imported vehicles. Sales of foreign cars reached a record high in the first half of the year when 74,487 units were sold, up 19.7 percent from a year ago.

“Because of various marketing activities by foreign automakers, the automobile culture in Korea seems to be changing as many drivers are now thinking that the car is not just a tool of transportation,” Lee said.

BMW, the nation’s best selling foreign auto brand, last month started the construction of a driving center in Yeongjong Island off Incheon to offer driving tracks by late 2014. Popular SUV brands like Jeep and Land Rover have also been offering off-road driving programs to local customers, while the introduction of high-performance models has raised awareness of performance and style. 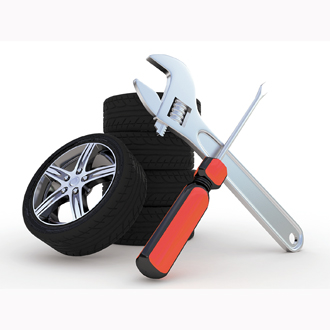 Analysts said government support would be useful, but the government is actually going in the opposite direction, making regulations on modifying cars stricter, according to Kim Pil-soo, an automotive studies professor at Daelim University College. Kim is also head of the Korea Automobile Tuning Culture Forum.

“The problem is that the government has been preserving a negative philosophy on tuning,” Kim said. “Young car customizers suddenly find that their work is violation of the law since our tuning regulations are old and meant to boost the creativity of car tuning.”

Kim, who is also head of the organizing committee for Seoul Auto Salon, urged the Ministry of Land, Infrastructure and Transport to revise the Automobile Management Act on vehicle structural modifications and come out with a support plan for the customization industry.

“If a structural modification is related with safety, emission and noise, it should be regulated strictly, but in other areas it could be eased by adopting a parts certification system,” he said. “What’s urgent is that in some auto parts, there isn’t even a regulation or standard to manage them.”

Kim also said tuning permission should be simplified. Currently, if you want to modify your car, you have to go through at least seven steps, filing documents to the Korea Transport Safety Authority and getting documents from tuning shops.

The transport ministry said it is currently trying to revise the law to boost the automobile tuning market. It acknowledged that the tuning business can be a growth engine. “We are currently pushing for research on a certification system and safety standards for tuning parts,” the ministry said in a release. “We expect 50,000 to 60,000 jobs and a three-to-four trillion won market to be created if the system is stabilized.”

Industry observers said that with the rise of fuel-efficient, environment-friendly cars and highly-wired IT technology connected with automobiles, it is time to implement a fresh strategy on vehicles and focus on software, too.

A recent survey by SK Encar, the nation’s largest used car dealer, showed that people’s reasons for modifying their cars are also changing. According to the survey of nearly 800 drivers, 25.1 percent said they will modify their cars to enhance safety. The next most popular reason was improving speed, followed by increasing fuel efficiency followed by reducing maintenance costs.

Thirty percent of survey participants said they are willing to invest one million won to three million won for modifications, while 3.2 percent said they would pay more than 10 million won.

“In the past when we thought about tuning, we thought about illegally modified cars with glamorous exterior designs and roaring engines,” said Park Hong-kyu, a director at SK Encar. “But these days, consumers’ perceptions are changing. Proper car tuning within the boundary of the law will make driving much more fun.”