The longest armistice negotiations in history

The longest armistice negotiations in history

1) A UN soldier guards POWs at a UN prison facility in South Korea. Nearly 140,000 Chinese and North Korean POWs were captured and held in accordance with the terms of the Geneva Convention. March 1951.

In the spring of 1951, United Nations forces recaptured Seoul from the Chinese People’s Volunteer Army and the U.S.-led forces drove the communists back to near the 38th parallel. But by July 1951, both sides realized there would be no unilateral victory for either side and no unification of the two Koreas by force. The war had become a stalemate, with battle lines largely unchanged.

On July 10, 1951, the first armistice negotiations of the Korean War took place in Kaesong. But it wasn’t until two years later that the armistice that would end the war was signed. During that time, both sides continued to battle with no end in sight.

In mid-October, the venue of the armistice talks was changed to the border village of Panmunjeom.

The primary matters discussed during the two long years of talks were the drawing of the military demarcation line, the withdrawal of foreign forces from the peninsula, the establishment of the military armistice commission and the thorny issue of the exchange of prisoners of war.

The UN Command demanded that POWs choose their own fate, saying they should decide which country they wish to go to following their release.

The North Korean and Chinese forces pushed for the unconditional return of POWs to their native country. While the POW talks were underway, conflicts escalated between groups of captives with different ideologies. 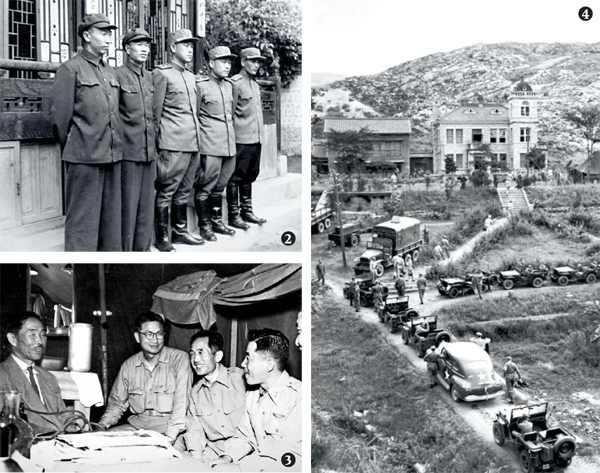 In late 1952, Republican candidate Dwight D. Eisenhower, who pledged to bring an end to the stalemate, was elected as the U.S. President.

“We could not stand forever on a static front and continue to accept casualties without any visible results. Small attacks on small hills would not end this war,” President-elect Eisenhower said during his visit to Korea in December 1952.

South Korean President Syngman Rhee was adamant that he would not accept the armistice unless the two Koreas were brought together, saying he was determined to fight the communist North until unification.

On July 27, 1953, the armistice was finally signed by U.S. Army Lieutenant General William Harrison Jr. from the UN delegation and senior representatives of the North Korean People’s Army and the Chinese People’s Volunteer Army. The armistice came two years and 17 days after talks began, making them the longest such negotiations in history. At 10 p.m. on that day, the truce went into effect.