But can she throw a baseball?

But can she throw a baseball? 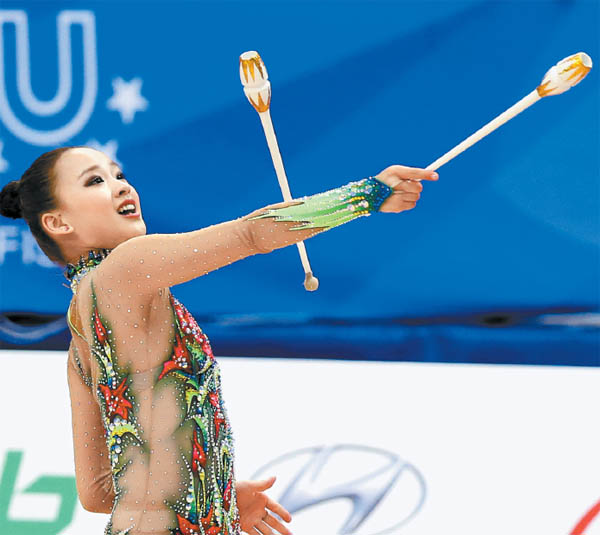 Korea’s top rhythmic gymnast Son Yeon-jae performs with clubs Monday at the Summer Universiade in Kazan, Russia. Son finished sixth in the individual all-around, but advanced to the finals in ribbon, clubs and ball. In qualifications, the 19-year-old received 17.800 points with ball, third-highest score, along with 17.500 points for clubs, fifth-highest, and 17.433 points for ribbon, sixth-highest. [NEWSIS]