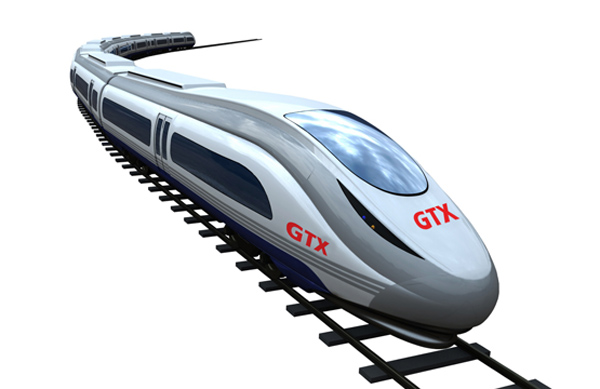 Back in 2003, Incheon began developing Songdo International Business District, dreaming of making it a global business mecca where industry prospers in active collaboration with top-notch academics. After a decade, Songdo Global University, known for bringing in the State University of New York to the district, ended up with only four schools despite an initial plan to create 10 of them.

“The relationship with other local colleges and research institutes is one of the top priorities for the prestigious overseas colleges we’ve been trying to lure to Songdo,” an officer at the university said.
“Some were greatly concerned about the proximity to Seoul.”

It takes more than two hours from the international district to northern Seoul, via the third Gyeongin highway. Can railway be an alternative? The so-called Great Train Express (GTX) plan was already conceived in 2008 but has gained no progress recently. The express train is supposed to cover the entire greater Seoul area such as Incheon and Gyeonggi.

Across the East Sea, Tsukuba has been a successful project city in synergy with an express railway to Tokyo. The science research stronghold was established in the 1980s by the Japanese government, which also began the railway construction to encourage research collaborations with Tokyo-based colleges and companies. Running 160 kilometers (257.5 miles) an hour at its fastest, the train brought in 7,000 foreign researchers from 120 countries. As the city’s population doubled after the train network was completed, the overall research standard has been elevated, producing five Nobel Prize winners. 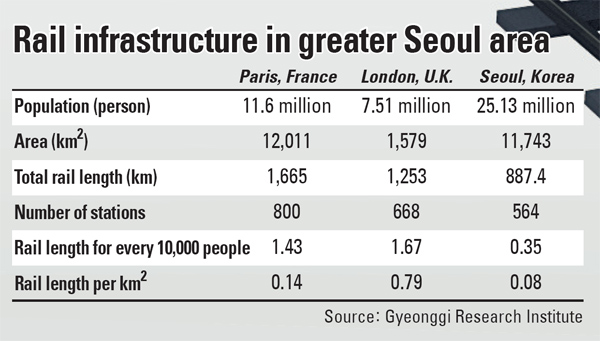 Paris is drawing a larger picture in the same context. France recently released a transportation plan worth 23 billion euro ($33.1 billion) to newly-construct the Grand Paris Express (GPX), which promises to carry 3 million people every day all the way across downtown Paris and the city’s suburbs. It plans to specialize the suburbs as seven industrial clusters of finance, tourism and art, all connected by train.

Compared to Paris and its surrounding areas, greater Seoul is larger in size but is still lacking a tight rail network. This prevents the suburbs from creating synergy through integration of their strengths. Director of the Center for Strategy and Current Affairs at Gyeonggi Research Institute, Lee Jung-hoon, said that each city is doing well in its own signature industry but there is no link in between, which may take them into the next level. There are six industrial clusters, including Paju Book City, Culture Road-K in northwestern Gyeonggi, the fabric and fashion cluster in Uijeongbu, the West Sea leisure district in southern Gyeonggi, and research and development district in the Seongnam area.

“Integrating the greater Seoul area is the core way to stay competitive,” said Kho Seung-young, a Seoul National University civil and environmental engineering professor. “GTX can be a viable solution by connecting the different functions of the seven clusters.”

Besides economic benefit, railways are eco-friendly. According to the International Union of Railways, 100 people traveling 1 kilometer by train only emits 5 kilograms (11 pounds) of carbon dioxide, a figure which only 14 percent of cars account for.

Traffic congestion is another realistic reason to expand railways. Many countries, including Korea, used to focus on expanding existing roads or building new ones in order to solve the chronic problem. Nothing has really proved to be effective due to the echoing numbers of vehicles in both developed and developing countries.

American economist Matthew Turner developed a law stating that increasing numbers of roads is in direct proportion to the increasing use of cars and driving distances. It means people tend to drive more as infrastructure gets more convenient and so additional road construction cannot solve congestion.

The GTX is still waiting for the preliminary study to be completed, which the Korea Development Institute began at the end of 2011. No result has been released yet, and some are increasingly worried about the project’s uncertain future.

“Railways transport people therefore eventually contribute to accelerating the flow and exchange of knowledge,” said Choi Jin-seok, director of the rail policy and industry research division at the Korea Transport Institute. “The effectiveness of the GTX is not just about convenience in transportation. It is significant as an infrastructure for knowledge-based industries.”