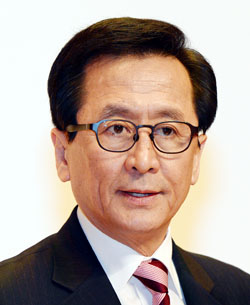 After remarks by Financial Supervisory Service Gov. Choi Soo-hyun that financial institutions should look into the pricing structure of their commissions and fees to maintain proper profit levels, the focus now is on whether banks will be able to charge more for their services.

On Monday, Choi told reporters that “over a period of time, financial institutions including banks, securities companies and insurance firms, have lowered irrationally high commission rates for consumers” and that now “they are facing a challenge of creating new sources of profit.”

“There is a need [for financial institutions] to analyze the cost structure of commission rates and realize optimum levels,” said Choi. “I will meet with the chiefs of the country’s seven financial institutions, including Lim Young-rok of KB Financial Group and others from Shinhan, Woori, Hana, Nonghyup, Korea Development Bank and Citibank on July 25 and discuss difficulties facing the financial industry.”

Choi’s remarks were timely as profit at financial institutions has been falling sharply due to the low interest rate trend and bad economy. While the volume of Korea’s financial assets is 3,300 trillion won ($2.9 trillion), more than half is held by banks.

“Commissions and fees include charges for services like money transfers, fund sales and using automated teller machines,” said an official from the FSS.

Following Choi’s remarks, speculation is high that local banks will start looking into the cost-profit structure of their commission and fee rates, a move seen as a first step toward increasing those rates.

“Nothing has been decided as of yet,” said an official from the Korea Federation of Banks. “An in-depth analysis would be needed, though, to see if commission rates have been too low or at the right level.”

There is growing controversy, however, that the country’s financial regulator is intervening too much in the businesses of financial institutions and helping them justify higher rates, in the end placing more of a burden on consumers.

An FSS official, meanwhile, said, “No follow-ups on Choi’s remarks have been made yet from the government level.”