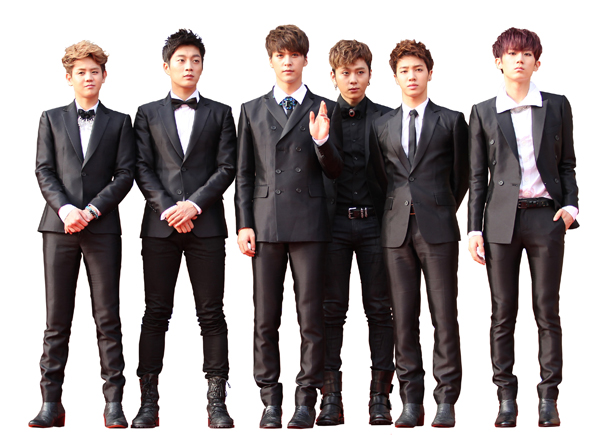 Boy group Beast released its second album, “Hard to Love, How to Love,” with the title song, “Shadow,” yesterday.

Yong Jun-hyung participated in composing all the songs as well as producing the album after winning praise for his composing talents with “Caffeine,” sung by another member, Yang Yo-seob, last year.

While the title track is based on electronic sound, “How to Love” and “Be Alright” will carry more of a hip-hop sentiment.

Not only fans in Korea, but also fans in Japan have been awaiting the album release. The album was ranked at the top of the list of pre-orders earlier this week, according to the chart released by Tower Records in Japan on Thursday, pushing down other upcoming albums by Japanese artists.

The group will promote the new album today and tomorrow at its “2013 Beautiful Show” concert at Seoul Olympic Park in Songpa, southern Seoul.