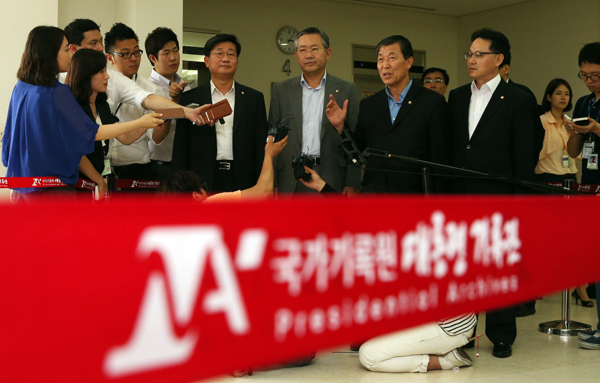 Protracted blame game ­- Four lawmakers - two each from the ruling Saenuri and the opposition Democratic Party - visit the National Archives of Korea in Seongnam, Gyeonggi, yesterday to search again for a missing transcript of the 2007 inter-Korean summit. It was their third visit to the archives. Four experts picked by the two parties accompanied them to hunt down the transcript. Finger-pointing and name-calling between the parties intensified yesterday as each blamed the other for the disappearance of the transcript of a dialogue between the leaders of South and North Korea at the summit. [NEWS1]